Le Diner en Blanc, the mysterious gathering of thousands dressed in white, returns to Atlanta for its third year on September 10. What originated in France as a personal gathering of Francois Pasquier nearly 30 years ago has expanded to 70 cities worldwide.

The Atlanta event, which has already sold out for this year, begins with bus pickup at a dozen departure points around the city between 5:30 p.m. and 6 p.m. Attendees must dress elegantly and in white and bring a table, tablecloth, and two white chairs. Picnic baskets, Apothic wine and Lanson Champagne will be available for purchase online at the time of ticket purchase. (The $45 entrance fee just includes transportation and entertainment.)

Co-founder of Diner en Blanc International Sandy Safi says 2,000 Atlantans are expected to attend. “For me, a big part of this is how it began and how people have grown to love it. It’s about remaining true to the roots and history of the event,” he says. “It was about enjoying a meal outdoors.”

Why was Le Diner en Blanc started?
The origin was a gathering of friends and friends of friends. François Pasquier, who founded it in France, still runs it there 28 years later. He came back to France after a long time and wanted to reconnect with friends but his backyard was too small, so he did it at the local park and asked his friends to bring someone he didn’t know so he could meet more people.

Why do diners wear white?
White was how they recognized each other when they went to the park.

How has it evolved over the years?
It was in France for 22-23 years before coming to Montreal and New York. From there, there was an avalanche of requests from people who wanted to do this in their city—Singapore, Australia, South America, and Europe. We decided to put together a turnkey system to assist people in setting up their own events while remaining true to the heritage of it. [It’s grown to] over 70 cities around the world in the past five years.

How did you get involved?
My partner’s dad started it in France. My partner was running the Montreal event and needed assistance. We created the New York event and then international, which is headquartered in Canada, to keep the heritage of it while allowing people to bring in their own local flare. We give everything to [the local organizers], and they build a community event.

What’s unique about the Atlanta event?
The people and volunteers who make it happen. There’s a great sense of commitment, engagement, support, and friendships that were mended. It created such a sense of community. The people are the heart of Atlanta. Atlanta was the first place I saw people dancing together at the event. The DJ played a song, and it didn’t matter your age—everyone was standing there doing these same moves together.

What’s the most interesting thing that you’ve seen happen at Le Diner en Blanc?
I’ve seen people get married at the event, propose, and bring crazy objects. In Boston, this couple built an Eiffel Tower and it lit up 3.5 meters high. In Ottawa, one of the volunteers made white chocolate roses for her group of 50 people. Everyone puts in so much effort for it. 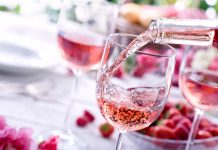