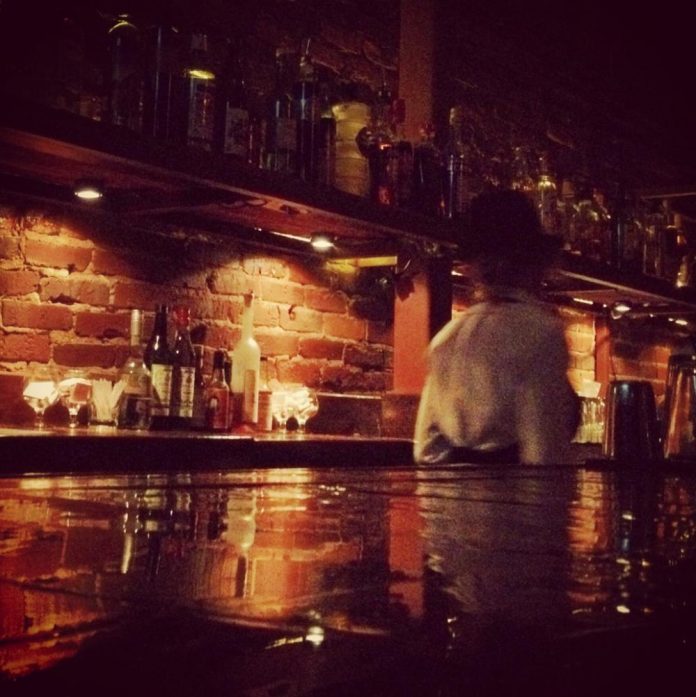 I went to a speakeasy late last night.

A friend and I had been sitting at Octopus Bar. The night air was rich and warm. The bartender served up a kumamoto with sturgeon caviar alongside my negroni. One oyster for ten bucks. It was worth it, I swear. A negroni or two later, we got a text message from a friend who said that he was in a speakeasy.

He texted instructions, “in back of pizza vesuv on edgewood, behind book shelf.”

We walked in the pizza shop, brightly lit with a couple people leaning over their late night slices. Tucked in the back, near the bathrooms, here was the bookshelf. The shelf swung open like a door and here we were: a cozy, dimly lit room lined with bricks and bottles. Behind the deeply lacquered bar were a couple bartenders wearing ties tucked into pressed shirts, pouring drinks for a few scattered people around the room.

This place, Edgewood Speakeasy and Pizzeria Vesuvius, is the latest project from the people behind P’Cheen. The pizzeria shuttered during the Atlanta Streetcar construction earlier this year. They’ve revamped the large space into two rather intimately-sized rooms. The pizzeria’s menu has been updated with a few P’Cheen touches, including a Bone Lick BBQ pizza with pulled pork and a P’Cheen cold cut sandwich that includes house cured meats, but sticks largely to Neapolitan pies, New York pizzas, and antipasti offerings.

The speakeasy’s cocktail menu notes some classics alongside the Trick Pony, a Moscow Mule variation that’s every bit as bright and drinkable as it should be. They’re also offering some twists on boilermakers that look interesting. Thankfully, they’ve ignored the price inflation that’s been happening at other cocktail joints. Most the drink prices I saw were around $8.

We found our friends in the back. They had that glow of finding a new spot in their neighborhood. I didn’t have the heart to tell them that I’d been emailing with a publicist about the revamp all week long. They’d discovered it on their own, after all. Even if the speakeasy thing has been done plenty of times before, there’s something fun about finding good, unpretentious cocktails behind bookshelf in a pizza shop.

I stuck with a negroni while they sipped on Trick Ponies. They were so glad to have discovered it, that I almost didn’t want to blog about it. Maybe it’s better to let people discover it on their own, right? So, forget that you read this here. Don’t tell your friends. It’s a speakeasy. Shhhhhh. 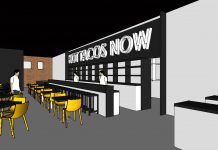 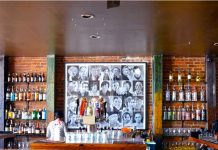 46. Explore Edgewood Avenue on a Saturday