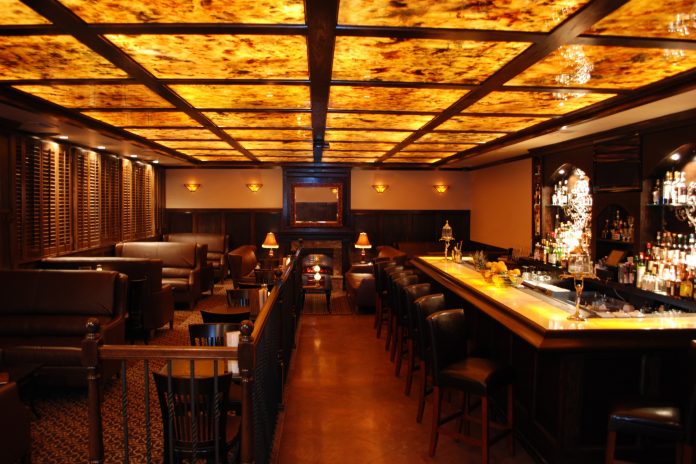 Prohibition, the smoky cigar lounge and cocktail bar in the basement of the Andrews Entertainment District, closed at the end of last year but owner Stephen de Haan has plans to bring it back. Red Phone Booth cocktail lounge and Amalfi Pizza will open in the former Dailey’s building downtown this spring. He plans to open a second location of Red Phone Booth next to the new Improv Comedy Club in Buckhead this summer, with a third location in either Johns Creek or Smyrna/Vinings later this year. The following year the company will expand around the Southeast with a total of 10 locations, including franchises, by the end of 2017.

Serving pre-Prohibition era cocktails with fresh-squeezed juices and hand-chipped ice, Red Phone Booth is a reboot of the now-defunct Prohibition. Drinkers will enter through an antique red phone booth with a secret code. There will be a cigar program—including $500 a year lockers—and a beverage program led by Tom McGuire. Though the cocktail menus will have a “heavy gin influence,” de Haan says the bourbon and scotch bar offerings will be extensive. Small bites such as oysters, shrimp cocktail, carpaccio, and flatbreads, as well as desserts, will be served. The space will have brick floors, a honey onyx bar, 20 leather couches, and a hand-painted, backlit, glass ceiling. There will be a fireplace and a couple of billiards and poker tables, too.

With about 170 seats, Amalfi Pizza will occupy the second floor of the 100-plus-year-old building. Diners enter through a glass-enclosed alleyway with Juliet balconies overlooking it. “It feels like an old Italian street,” de Haan says. Inside, diners will see the two 6,000-pound, brick pizza ovens imported from Italy, as well as semicircular booths and wrought iron chandeliers. Greg Grant will be the executive chef, designing a menu of Neopolitan pizzas, pastas, appetizers, and salads. He’s even bringing back some desserts from the old Dailies menu, although the particulars have yet to be decided. Amalfi will serve lunch and dinner seven days a week. In addition, there will be a full bar with Italian beer and wine. 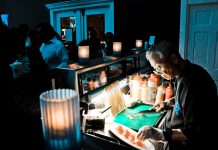 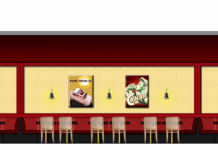 Here’s the menu for Bar Americano, a new Italian restaurant from the Mercury/Pinewood team