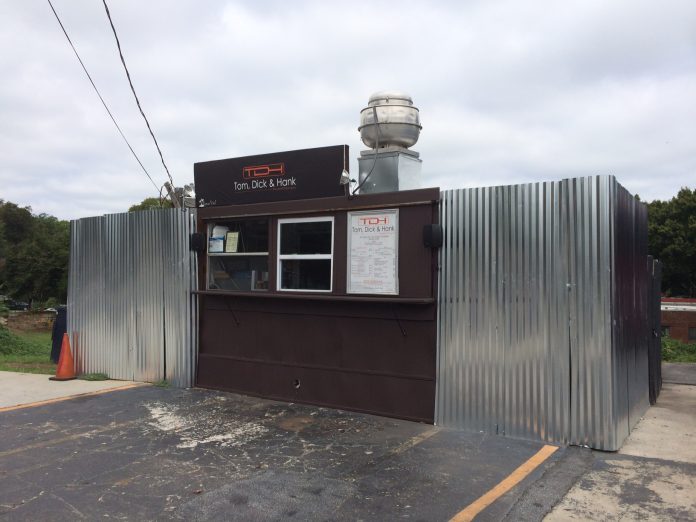 Drive toward Decatur from Midtown on Ponce de Leon Avenue and you might notice a small brown building on the north side of the road with the initials TDH on it. Then again, you might not. Fit between a barber shop and a mechanic, across from Krispy Kreme, a food stand by the name of Tom, Dick & Hank quietly opened six weeks ago. Owned and operated by chef Hank Johnson, Tom, Dick & Hank offers smoked meats and barbecue-style fare in a quick-serve environment.

“I wanted my own place and wanted to be able to control my own environment,” says Johnson, who cooked at strip clubs before opening his own catering company, Please & Thank You. He says he recently catered the wrap party for the filming of Ride Along 2, starring Ice Cube and Kevin Hart.

Johnson serves smoked wings; pulled pork, chicken, and turkey ribs; and chicken sausage. He makes salads and sandwiches, as well as platters, and offers sides like baked beans, coleslaw, and macaroni and cheese. He says he makes everything in-house throughout the day, with the exception of dessert (pound cake and sweet potato pie), which he makes off the premises.

Right now, Tom, Dick & Hank is open Wednesday through Saturday, but Johnson says he plans to expand once he gets more help. (Tom and Dick are fictional characters.) Down the road, he hopes to open a sit-down restaurant and foresees franchises in his future. 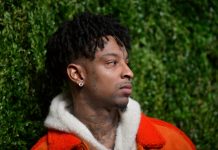 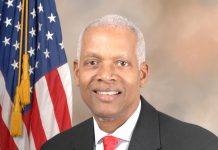