For those of us who loved the original, intimate Tomo sushi bar in a Vinings strip mall, the move to a vast, glam space in Buckhead proved jarring initially—as it did for the restaurant’s staff, who also needed a few months to adjust to the new scale and volume. Rhythms have synced, and Tomo is again one of the city’s best destinations for Japanese cuisine. Inquire after the freshest sushi selection; you’re rewarded with sublime pleasures. Dishes like lobster a la musso—lobster sashimi and uni awash in yuzu ponzu, extra virgin olive oil, sesame oil, ginger, garlic, and scallions and capped with a raw quail egg—highlight the polished East-West creativity of chef-owner Tomohiro Naito. The omakase remains the supreme Tomo experience: Name the price (often between $100 and $150 per person) and nine or ten courses of luxe ingredients, riffs on menu dishes like sashimi with jalapeño, and original creations appear in a dazzling progression.    Best of Atlanta 2013: Japanese  Tomohiro Naito’s Buckhead show palace juggles two personalities. One indulges in flash: It draws the beautiful crowds with an airy space paved with black slate floor tiles and a menu with plenty of anarchic riffs on sushi rolls, like garlic yellow-tail roll with sake-Gorgonzola sauce. But the quieter side of Tomo lures the chowhounds. Settle into comfortable chairs for a lunch of simple, highest-quality nigiri and sashimi on Tuesday and Thursday (the day the best fish arrives from Tokyo’s Tsukiji Market). Or agree with the staff on a budget (often between $100 and $150), and they’ll prepare an exquisite meal of chawanmushi – a savory custard topped with uni – and ending with an aromatic black sesame flan made by Naito’s wife, Kimiko. 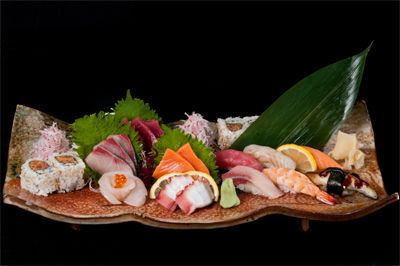