Part of what makes Hugh Acheson such a successful chef-entrepreneur is his gift for coaxing the best from his kitchen talent. Ryan Smith, who left Empire State South last summer to help helm the forthcoming Staplehouse in the Old Fourth Ward, proved himself a plucky, pork-loving Southern chef under Acheson’s tutelage. Joshua Hopkins, Smith’s replacement, is similarly thriving. Hopkins made his name as the opening executive chef at Abattoir and subsequently worked at STG Trattoria and White Oak Kitchen & Cocktails. His cooking at ESS is the most finessed food he’s produced since Abattoir—maybe ever. He departs from Smith’s menu with a style that’s more composed and less pig-centric. A dish like veal sweetbreads with cipollini onions, collards, roasted persimmons, and dribbles of harissa sounds busy, but the ingredients play well together—no one element bullies or recedes. Steven Grubbs’s wine list remains among the finest in the city. Keep an open mind and Grubbs will expand your palate with obscure, affordable gems: We were recently schooled on midbodied, Pinot-like Sicilian varietals.

Best of Atlanta 2013: Wine List
Wine director Stephen Grubbs writes the rare list that sparks the dialogue. When we read about a Sauvignon Blanc that’s “freaky fresh” or Beaujolais that’s “buxom but dainty,” we want more details – and then we want to imbibe. Grubbs and his staff have mastered the delicate dance between education and conversation: They’ll happily proffer lessons in history, geography, and science around any given varietal, but they’re equally happy to simply pop the cork and let the wine speak for itself. 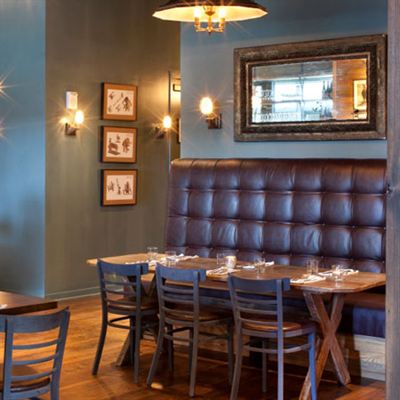