Named after a mythical giant octopus, Angus Brown and Nhan Le’s new joint in the old Bluefin space in Brookwood Hills is a venture into the mainstream. Two white-tiled bars (one a raw bar and nigiri counter under Le’s control, the other for drinks) and panels of cedar-toned wood gleam under the spotlights of a lofty dining room—a far cry from the dark, cramped corners of their late-night pop-up, Octopus Bar, inside East Atlanta’s So Ba. Alongside several entrees, small plates rule the day. Smear rounds of pain au levain piled high with trout roe through an airy crème fraîche topped with Espelette pepper, or crunch on fried smelt paired with a lemony aioli. In-house charcutier Jonathan Sellitto has the soul of an artist: His foie gras terrine, pistachio-flecked mortadella, and addicting smoked pork terrine are precise in texture and delivery. 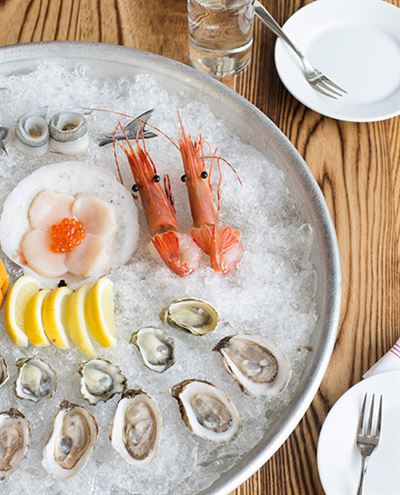