Ryan Pernice and Ted Lahey build on the success of their Southern smash hit Table & Main with a second restaurant on Roswell’s chockablock dining thoroughfare. Mattone (it means “brick” in Italian) is an American version of an osteria, which in Italy is more akin to a tavern or a pub. No one region of the Boot pulls focus, though some of Rome’s signature dishes stand out: poached artichoke hearts accented only with lemon, a soothing bowl of spaghetti carbonara, and a feisty bucatini all’Amatriciana in a sauce pungent with guanciale (cured hog jowl). Sommelier Dan Pernice, Ryan’s brother, makes Italian wines approachable—no small task 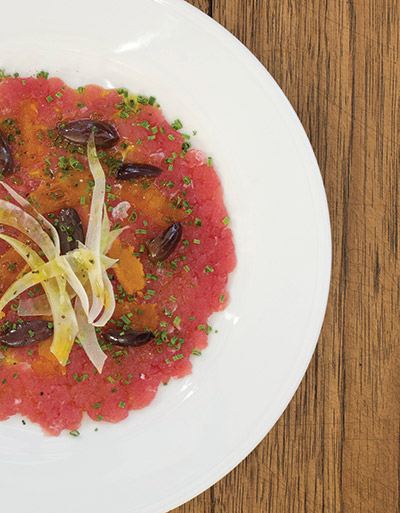