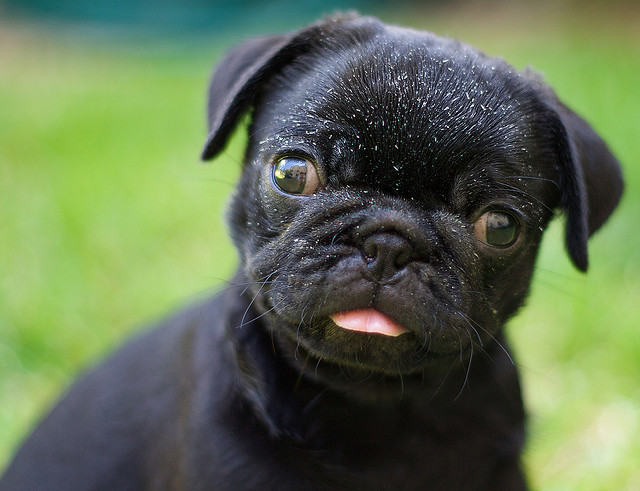 If you heard that someone abused a puppy, a child, and an adult, which would affect you the most? That was the focus of some of the more interesting research released when the American Sociological Association met in New York this week. The study, by sociology professors at Northeastern University, found that people have more empathy for battered puppies and dogs and children than they do for adults.

In the study, the researchers asked 240 college students to rate their feelings of empathy after hearing a story that either a puppy, dog, child, or adult was abused. The stories were identical except for the subject.

We asked Emory sociology professor Karen Hegtvedt (who wasn’t involved with the research) to share her thoughts.

Were you surprised with the study results?
Perhaps a little bit because I would put humans before canines. But I think there is a pattern in so far that adult humans are viewed as capable of protecting themselves. So I think it’s an issue of dependence in the sense that people would see an adult as being able to ward off his or her attacker. I think that’s misleading, but I don’t think that’s surprising. People see children and puppies as helpless. That said, I would want to see the explicit measures. I would want to see how other factors about these college students might affect the results. I would have to say I’m a little skeptical. I would want to see the authors’ theoretical argument.

Why do you think they were moved by the pets and babies more than the adults?
Empathy for the victim. Empathy assumes you can put yourselves in the victim’s place, however, and you would think most of the respondents would be able to put themselves in the adult’s place. I’m having a problem with how they measured empathy. I don’t know how they measured it.
But I think the author is right: you’re more empathetic with more dependent beings.

Is it because the babies and pets can’t defend themselves?
There is a theory called “belief in a just world” where people will consider bad things that happen to people as brought on by the victim. It may be that by being less empathetic to the adult they are distancing themselves that it could happen to them.
The adult may have done something to elicit the reaction of the perpetrator. But did the dog or the baby the child do something do incur the wrath?

In general, do you believe people have more empathy toward children and animals?
People who perceive victims to be helpless are more likely to help those victims. According to a long tradition of research on helping behavior, if observers believe the victim brought something upon themselves, they are less likely to help him or her. But if they view the victim as helpless, they are more likely to lend help.

Do you have a dog?
I own a dog. I own cats, too. As a human being I don’t have a high tolerance for any kind of violence. I think more helpless the victim is, the more likely people are to respond.