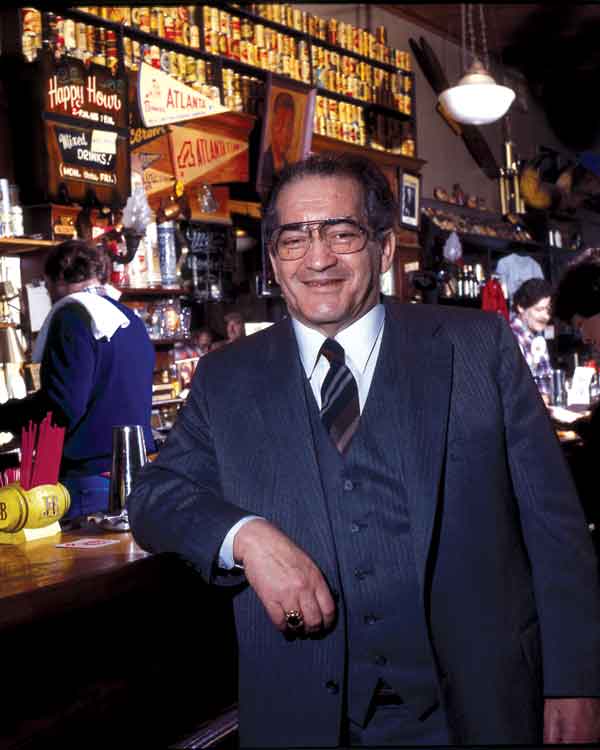 Maloof was the blustery barkeep who established a beer-soaked bunker for Atlanta’s Democratic establishment while he carved out his own political career governing the formerly Republican enclave of DeKalb County. “Anybody don’t like this life is crazy,” he proclaimed from the rowdy pulpit of Manuel’s Tavern on North Highland Avenue. He was elected to the DeKalb County Board of Commissioners in 1974 and later served as commission chairman and DeKalb CEO. “Who would ever believe a bartender, a Lebanese, a Catholic, someone as ugly as me, could get elected in conservative DeKalb County?” he asked.

More Than a Bar Maloof said his tavern had a higher calling: “This ain’t no beer joint. It’s a community center.” Paul Hemphill, the late Atlanta writer whose columns in the 1960s turned Maloof into a folk hero, went further. When he checked into the hospital during his fatal illness, Hemphill was asked what church he went to. His reply? “Manuel’s Tavern.”