I have died five times today already—horribly—and always my corpse has been stumbled upon by my child. This is thanks to my friend Grant Henry, who lately has taken to creating morbid scenarios of my demise during our conversations. “There you are—boom, dead! Blood clot in the night—boom, dead! Your corpse all stiff in your bed, and your girl walks in the room and finds you like that.” He looks at me all serious, blue eyes glowing phosphorescent like little jellyfish in the evening sea. “Does she know what to do? Who to call? What do you have set up for her?”

What do I have set up for her?

“I don’t see why Mae has to be the one who discovers my body. Can’t I die somewhere private?”

“No,” Grant says, explaining that since I’m relatively young and healthy, if I die right now, it will likely be sudden and unexpected. Like how his friend dropped dead of an aneurysm a month ago, or how his other friend croaked—like that!—of a blood clot the other day. Grant insists I know them too, but I don’t remember meeting them. “See? Your memory is going. Could be early-onset dementia. Next thing you know, you forget where you live. You’re wandering the streets. You get hit by a car. Boom, dead! Mae finds you like that . . .”

“Of course she finds you. What do you have set up for her?”

I’m surprised Grant is so occupied with death these days. Usually that is my arena. It was Grant who calmed me down during my Great Tapeworm Scare of 1997, and again later when I was certain I had some form of flesh-eating ass cancer, when actually it was just the imprint of my corduroy couch cushions after I’d watched the entire second season of 24 in one sitting. Then there was the Swine Flu Era, and I can’t even count the number of heart attacks I thought I was having during my Age of Acid Reflux. Even today, in the search history on my computer, there exists the recently submitted phrase “crusted Norwegian scabies.” Grant had a canned response for almost every invented ailment. “You’re not dying,” he’d say. “Shut up and take some Tums.” It was fairly apt, except for the swine flu scare, which turned out to be pregnancy.

Come to think of it, Grant just found out his own daughter, Mary Grace, is pregnant. When I met her, she was the same age Mae is now, then she went and grew into a woman with ovaries and everything, and now she’s about to pop an adorable sprogette of her own. Grant must have seen this coming, because for the last two years he has been busy building an empire. In that time he went from being a bartender to owning his own bar to owning the building that houses three bars, and now he is looking into building his own hotel. He has always been somewhat wealthy, but lately he’s amped it up, and now he’s not just making money, he’s rolling in it.

“I have everything set up. I can die now. Mary Grace can just walk into the business and take my place.” Is he serious? Does he really think anyone can take his place? “What about you?” He asks me again. “You fall down the basement steps—boom, dead! Mae finds you like that, splayed out on the concrete, neck all broken. What do you have set up for her?”

Well, I don’t own an enterprise, that’s for sure, but wealth is relative. Later, when I asked Mae what she’d do if she found me dead at the bottom of the basement stairs, she didn’t hesitate. “First I’d call 911. Then I’d administer CPR, then I’d call Aunt Cher . . .” And on she went, assuring me she is prepared for anything (“seriously, I am”), even the event of a mass shooting, in which her plan is to drop to the ground and smear the blood of another victim on herself. “The shooter won’t want to waste any bullets on someone already dead,” she reasoned. 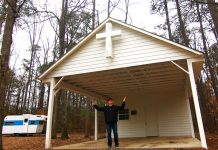 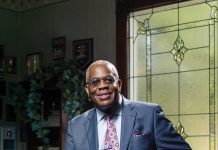