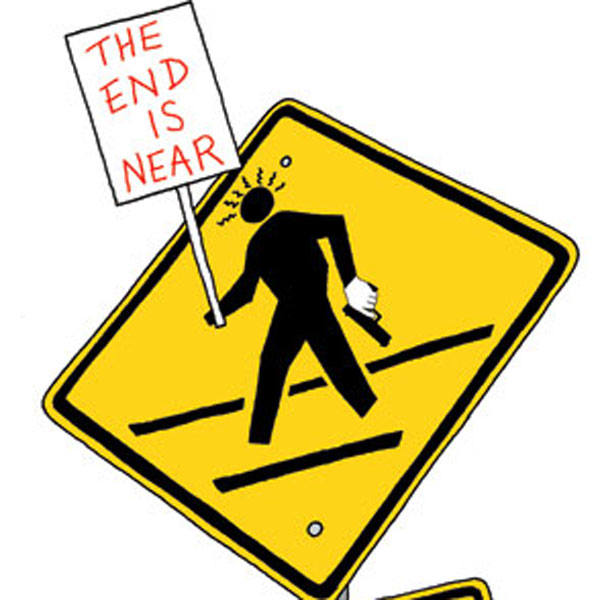 My friend Lary is looking forward to the total breakdown of civil order. “It’s coming,” he’ll say, assembling his rifles. “I see signs of it everywhere.” Knowing this, I realize I should not have told him I got hit by a car last Saturday.
First, let me say I know I should feel lucky to be alive, and maybe one day I’ll get back to feeling that—because that’s my normal state, whether cars have hit me that morning or not. But before I start feeling lucky, I figure I should stop feeling furious.
Because here’s what happened: I was in the middle of a crosswalk, and not the kind of crosswalk with a streetlight where you have to wait for the signal, but the kind you find at corners in residential neighborhoods. The ones where often you’ll see signs reminding drivers it’s the law to stop for pedestrians. I was there, expecting the cars traveling from the north to stop so I could continue to cross, when a car traveling from the south—and from a distance of several blocks, mind you, so it wasn’t a matter of them stopping to let me in, but a matter of them stopping because I was already there—hit me. It didn’t hit me hard. In fact it barely touched me, grazing me almost expertly, like what a mob henchman might do if he were instructed to put a scare into someone late with their shakedown payment.
Evidently the drivers of this car and the following ones were really put out by my being there in the crosswalk. They didn’t see it as an opportunity to obey the law, but rather as a necessity to either hit me or honk and yell profanities at me for making them slow down. This happened in my neighborhood.
“I thought we lived in a society,” I grumbled to Lary afterward.
“First, the city is the worst place to be living right now,” he said, which surprised me. Lary lives in an abandoned candy factory a few blocks south of the Capitol dome. His place is the kind of fortress that could only have been built in an urban proximity. Most of the metal gates and bars that make up his elaborate lockdown system are fashioned from industrial trace material he’s collected over the years from nearby demolition projects. His basement alone is bigger and safer than my entire house, and it was always the first place I planned to go if his theory about the end of civil order were ever actually to prove right. But now here he was, switching it up on me. “You’re gonna wanna live on a farm somewhere,” he said, adding, “because we’re all only three meals away from complete annihilation.”
“What?” I asked, dazed from having been hit by a car and all. “Three meals?”
“Sure. Most people only have three meals’ worth of food in their house. Once civil order breaks down and those are gone, the pillaging will begin. You’re gonna wanna be someplace where you can grow your own food. Like a farm.”
The thought of Lary on a farm made me laugh so hard I almost coughed up all the tequila I drank back in college. I’ve known Lary twenty years. I can’t picture him happy unless he’s surrounded by concrete and metal. But he was adamant. “Seriously, first they’re running you down in the crosswalk,” he intoned, “then they’re killing you for food.”
And his logic suddenly occurred to me; it wasn’t based on the driver of the car that grazed me, it was because of all the drivers. None of them stopped, even though most of them surely knew they should have. They weren’t even running from anything; they were just detached from society in that instance. Detached from humanity. Driving around in their giant Ford F-U-mobiles, hooked up to cell phones and GPS systems in their rolling sensory-deprivation tanks. It was then that I stopped feeling furious and started feeling lucky again—lucky for the fact that, at least at this point in my life and probably forever, I am not one of them.
I noticed that Lary already had his rifles out and assembled. Usually he doesn’t start to assemble his guns until he’s decided it’s time for me to leave, but this time the guns were already out and ready to go, which I took as a sign I should keep my visit short.
“Can you please grow avocados on your farm?” I asked Lary as I left. “Avocados are my favorite.” 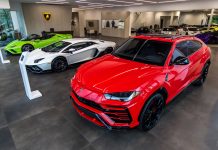