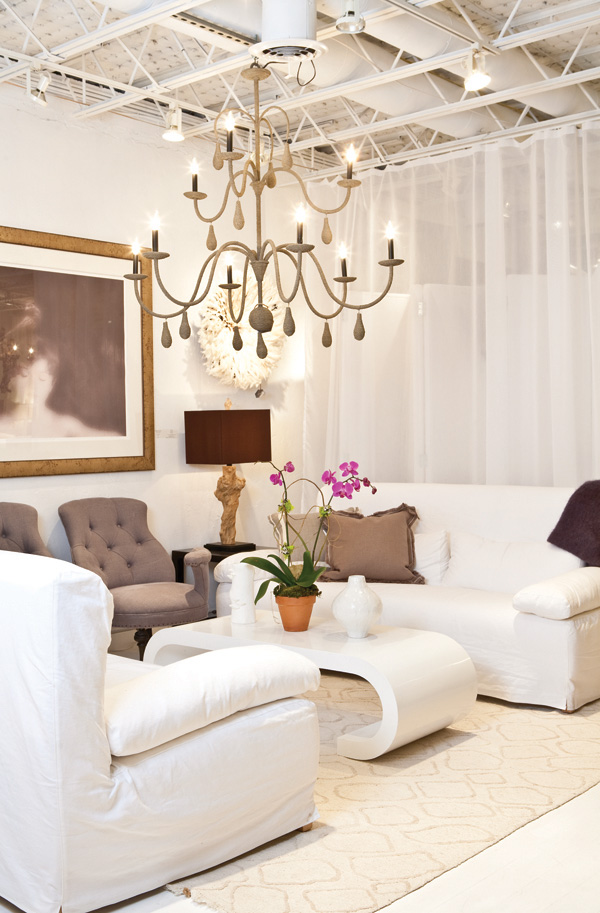 Eco-designer Jillian Pritchard Cooke is part evangelist, part entrepreneur. It’s the evangelist part that recently landed her in an Atlanta delegation (along with Mayor Kasim Reed) that met with HRH The Prince of Wales. Cooke personally introduced Prince Charles, an ardent environmentalist, to Wellness within Your Walls—a standard she has developed to bring LEED-type health and safety criteria to home furnishings. Cooke hopes to receive an official endorsement from the Prince’s Foundation for the Built Environment soon. As they toured Poundbury, a world-class model of sustainable development in Dorset County, they were beset by paparazzi. “We couldn’t figure out why there were so many photographers,” she says. Cooke soon discovered that Prince William had announced his engagement to Kate Middleton that morning.
Serendipity has also followed Cooke to Buckhead, where the entrepreneur part of her has opened a popular new home furnishings store called Bee. Cooke is perhaps best known as the designer behind Laura and Rutherford Seydel’s EcoManor, the first-ever LEED-certified home in the Southeast. She is insistent that her wares be equal parts sustainable, beautiful, and healthy. (“So what if we save the planet but no one’s living on it?” she quips.) Each item is rated “pure,” “sustainable,” or “responsible,” depending on its carbon footprint.
Cooke plans to open more retail locations and offer online shopping soon. Her aesthetic, inspired partly by the Japanese principles of wabi sabi, resonates with today’s pared-down sensibilities. Wabi sabi embraces imperfection, simplicity, and authenticity. It looks to nature for inspiration. Here’s betting it’s the next feng shui. 26 East Andrews Drive, 404-365-9858, bee-atlanta.com
This article originally appeared in our January 2011 issue.
Advertisement