Far from the hipster vibe of the Atlanta BeltLine and the construction cranes of Westside, a kudzu-covered lot in the Frog Hollow neighborhood of East Point is poised to become an antidote to endless acquisition. Residents seeking a simpler lifestyle and smaller footprint may find it in this village of “ecocottages,” which would become one of the larger tiny house communities in the country.

That mantra touches a nerve in Atlanta, where the median rent is $1,500 a month and home prices rose 11.1 percent in the past year. About 1,500 people have joined Johnston’s Tiny House Atlanta Meetup group, and about 5,000 people toured models at the Decatur Tiny House Festival last summer.

A study expected by mid-January marks the first step toward zoning changes that would allow smaller houses in the city of Atlanta, and Decatur has launched a demonstration project of six small houses. Meanwhile, developers hope to build up to 55 homes on a 7.7-acre parcel in East Point, ranging in size from 250 to 1,008 square feet and clustered near a walking and biking path, community center and shared garden and woods.

Plans call for prices to start in the low $100,000s, which is close to the current median housing price in East Point. The village, just blocks from a MARTA station, offers an ecofriendly lifestyle with edible landscaping and an optional “net zero” upgrade with solar panels and rain catchment. Concerns about flooding on the property have stalled the project, but the developers promise to address the issue and submit revised plans to the East Point City Council in January or February.

For Johnston and business partner Kim Bucciero, who also helped launch Tiny House Atlanta, the East Point venture would be the realization of a shared passion. They co-own a tiny house on wheels, a model to educate people about the virtues of living small. But their ultimate goal is creating a neighborhood, not promoting a novelty.

“This is a movement that’s taking root,” says Bucciero, 34, a telecommunications  entrepreneur who created Tiny South to develop the East Point land, working with builder Jim Chapman. “It’s not just a fad.”

The quirky niche became a craze in 2014 with the reality TV shows Tiny House Hunters on HGTV and Tiny House Nation on FYI Network. “We’ve sold thousands of tiny house trailers, and we’re just one manufacturer,” says Louche, who estimates that at least 60 ended up in Georgia.

Generally, a tiny house is defined as a dwelling that is 400 square feet or less. (The East Point ecocottages will mostly be 500 square feet or larger.) If the home is on wheels, cities typically classify it as a recreational vehicle, which means it cannot be permanently parked and inhabited on a residential lot.

Tiny houses on foundations also face zoning and building code restrictions, especially in urban areas. Atlanta adheres to the International Residential Code, a widely accepted set of standards that include minimum sizes for living spaces. For example, bedrooms in a single-family home must have at least 70 square feet of floor space for the first occupant and another 50 square feet for a second resident, with a ceiling height of seven feet in at least half the room.

In contrast, some tiny houses don’t have bedrooms at all—just loft spaces big enough to fit a queen-sized bed.

In 2015 Atlanta City Council members Kwanza Hall and Carla Smith launched a feasibility study of tiny houses and microunit apartments. Conducted by city planners and stakeholders such as the sustainability advocacy group Southface and the American Tiny House Association, the study is expected to help define where and how the small units could be constructed. For example, tiny houses might be appropriate for odd-shaped infill lots that can’t be developed according to current building codes, says Hall. So far, no opposition has surfaced, but tiny houses and microapartments may work better in some locations than others, he says.

“There’s a pent-up demand for this. We just want to do it right,” says Hall, who even helped build a tiny house on wheels that was featured on Tiny House Nation.

Still, sparking a downsizing revolution is a challenge. The city of Decatur altered its minimum requirements, allowing tiny houses of 300 to 800 square feet as backyard “accessory dwelling units” and creating a new zoning designation for “cottage court” developments—five to nine small houses clustered around a central space. No one took the bait.

So the Decatur Downtown Development Authority purchased a piece of property and solicited designs for six 468- to 1,100-square-foot houses, which start at $100,000 and are expected to be available by the end of 2017. Purchasers will likely be selected through a lottery system, with a preference for city and school employees, says Lyn Menne, executive director of the authority.

Meanwhile, in East Point’s Frog Hollow, neighbors had some concerns about flooding but were generally upbeat about the idea of a tiny house village. “We’re not often known as pioneers, so it would be great to be one,” says longtime East Point resident Deb Aziz. 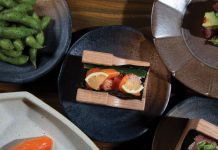