Focus Education
Age 73
The average tenure of an urban school superintendent is about three years. But J. Alvin Wilbanks isn’t your average superintendent. Now in his 20th year leading Gwinnett County Public Schools—with more than 176,000 students, by far the largest system in the state—Wilbanks, a former Georgia Superintendent of the Year, pioneered the kind of standardized testing now done statewide. Last year his district took home its second Broad Prize for Urban Education, and the Gwinnett School of Mathematics, Science, and Technology was recently named the best public school in Georgia—and fourth best in the nation—by U.S. News & World Report. 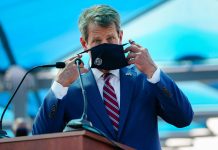