Focus Business
Age 59
The former president of both Church’s Chicken and Arby’s Restaurant Group, Moddelmog became the first female president and CEO of the Metro Atlanta Chamber in January 2014, succeeding longtime leader Sam Williams. Moddelmog, who took over at a time when the Chamber’s reputation had taken a hit over its support for disgraced Atlanta schools superintendent Beverly Hall, spearheaded a new regional marketing campaign, aimed at attracting more businesses—and businesspeople—to the metro area.

Private sector A breast cancer survivor, Moddelmog served as president and CEO of Susan G. Komen for the Cure. 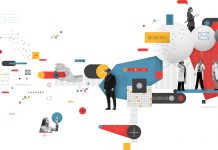