47th Annual Atlanta Pride Festival
When: October 13 to 15
Where: Piedmont Park and other locations around Atlanta
Cost: Free; some events have additional fees
Details: Celebrate diversity at the largest pride festival in the Southeast. The festival will take place around the city, including events such as a kickoff party at the Georgia Aquarium, yoga, comedy, and a car show. Don’t miss Sunday’s Atlanta Pride Parade, which was one of the first pride parades held in the U.S. back in the early 1970s.

Elevate Public Art Festival
When: October 14 to 21
Where: Downtown
Cost: Free
Details: Dance, photography, painting, poetry—this art festival will gather artists to discuss their knowledge of the transformative power of art. Artists will talk about gentrification, the business of art, healing through art, and arts as social justice. The festival will cap off with a block party at Woodruff Park with R&B, Afro-Latin, and techno DJs.

Atlanta Air Show
When: October 14 to 15
Where: Atlanta Motor Speedway
Cost: $11.25 to $139
Details: Military and civilian pilots come together for this showcase, which features a variety of demonstrations including aerial acrobatics and parachute team jumps. Performers include pilots from the Coast Guard, Army, Air Force, Navy, and performers with private planes.

Garth Brooks
When: October 12, 5:30 p.m.
Where: Mercedes-Benz Stadium
Cost: $23 to $1,400+
Details: For the first concert in Atlanta’s new architectural gem, Mercedes-Benz Stadium is bringing one of country’s biggest names. Whether you are a Garth Brooks fan or just want to check out the new home of the Falcons and United (and that 5-story halo video board), the stadium’s debut as a concert venue is a great option for an entertaining evening.

Afropunk Fest Atlanta
When: October 14 to 15
Where: 787 Windsor
Cost: $55 to $90
Details: This multicultural festival began in Brooklyn, but has since expanded to Paris, London, and Atlanta. Headlining performers include Solange, Miguel, and Willow Smith. In addition to the live music, performances, and plenty of art, the festival will host public discussions on social issues and diversity.

And a bonus shameless plug: Atlanta magazine Whiskey Festival
When: October 12, 7 p.m.
Where: The Estate by Legendary Events
Cost: $85 to $125
Details: Whiskey aficionados rejoice—this festival is back for its third year. Enjoy live music while sampling more than 80 different varieties of whiskey, rum, and bourbon (Glenlivet, Johnnie Walker, Michter’s, and Macallan are among this year’s offerings), along with plenty of hors d’oeuvres. But if you want to join us for the fun, act fast—this event is nearly sold out. 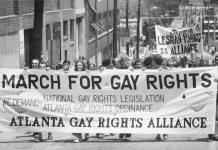 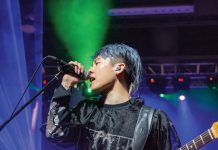