Park proposals don’t get more ambitious. The 350-acre former mining site—more than double the size of Piedmont Park—could become the city’s largest greenspace, but not until 2030. Sandwiched between the Atlanta BeltLine’s Westside Trail and Proctor Creek, the expanse may one day boast athletic fields, rec facilities, and an amphitheater, all surrounding the 45-acre reservoir. The price tag? Upwards of $300 million. 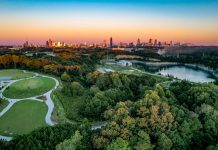 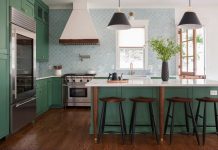 With a timeless design, this craftsman-style house in Howell Station is filled with surprises