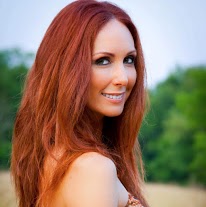 The mystery of who mailed letters containing ricin to president Obama and New York mayor Michael Bloomberg has been getting even more mysterious. And now has a zombie connection!

The latest: A Texas couple questioned by investigators and blaming each other. As CBS News reported, she said he did it to protest the politicians’ support for gun-control; he says she was behind a set-up to frame him.

According to the New York Times, investigators searched the couple’s home in New Boston, Texas. He is Nathaniel D. Richardson, and works at the Red River Army Depot. She is Shannon Rogers Guess, the mother of five boys, and, according to the Times, “an actress who has had small roles in commercials, films and television shows, including as a zombie on The Walking Dead.” Here’s a link to a purported autographed photo of Guess in full-on zombie mode.

According to her IMDB bio, Guess was raised by her father who worked at the GM plant in Doraville. The New York Post reports that she also appeared in Atlanta-area productions The Vampire Diaries and Drop Dead Diva. According to Guess’s Google profile, she attended Gainesville State College.