Home News & Opinion From the Magazine Atlanta is a growing eSports hub, so your neighbor might make $1,000...

The two-story brick home looks no different than any other in the quiet Gwinnett County subdivision. The grass is manicured, pruned shrubs line the walkway to the front door, and luxury SUVs are parked in the driveway. Inside the nearly 5,000-square-foot residence, 22-year-old Michael Maknojia and his six roommates are in their respective bedrooms. Each one wears a surround-sound headset while sitting in an ergonomic executive chair. There’s cursing and yelling and a soft clicking sound as they tap away at mechanical keyboards connected to custom PCs.

Downstairs, white walls are devoid of artwork or family photos, and a large pool table fills the living room, the most analog space in the house. Propped on the mantle over the fireplace is a framed plaque with a silver YouTube “Play Button”—the tech company’s prestigious award for channels that surpass 100,000 subscribers.

Welcome to the SoaR house, the improbable headquarters of one of the largest eSports organizations in the world. Its seven residents earn their livings by playing multiplayer video games like Call of Duty and Fortnite for millions of followers from around the world.

“We did it all ourselves,” says Maknojia, the founder and CEO of SoaR Gaming, who turned his small YouTube channel into an 80-member gaming organization and incubator for young talent in the $1.7-billion eSports industry. “This house is totally supported by the money we have made through sponsorships and through YouTube.”

Each of the seven bedrooms doubles as a miniature production studio. Lighting rigs, tripods, and gaming consoles enable members to produce YouTube videos and livestreams at a moment’s notice. “Everyone’s room is like their own brand,” says SoaR director Aidan Kliebhan. In video editor Elliott Smith’s room, soundproof walls are checkered in SoaR’s signature purple and black. Replica weapons from games like Portal sit next to a DSLR camera. And on the wall behind his desk hangs a giant SoaR flag, which comes perfectly into frame when he turns on the webcam. On a good day, top team members can earn upwards of $1,000 from viewer contributions for just a few hours of playing games on Amazon’s Twitch streaming service.

This lifestyle—spending sometimes 10 hours in heated online battle—makes sense to the teenaged neighbors who live on this posh suburban block, where homes are valued north of $400,000. This demographic tunes in to YouTube and Twitch by the millions, driving growth for the top creators and their sponsors. Some die-hard fans have even shown up at the SoaR house, hoping to catch a glimpse of members like Clayton “Nudah” Huddleston, a 20-year-old vlogger known for flaunting designer clothing and agitating Walmart store security guards, and Kacper “Strobe” Kornecki, a 21-year-old who used to be a member of the rival “FaZe Clan.” Together, these two boast more than 750,000 YouTube subscribers.

Maknojia started the operation by posting Call of Duty videos on YouTube at his parents’ home in northeast Philadelphia. He and some online friends drew up a business plan and called themselves “SoaR” with hopes their careers might take flight. Thousands of viewers tuned in each week to watch matches and lengthy montages featuring seemingly impossible sniper shots and trash talk. Brands like SteelSeries, which makes headsets and keyboards, and G Fuel, an energy drink, offered sponsorship dollars.

By April 2017, Maknojia and SoaR’s management decided to move in together. “We did some searching and found out Georgia and Atlanta have the best to offer in so many different ways,” Maknojia says. “The hub of eSports is here.” (Team Kaliber, another gaming organization, settled in Cobb County in 2016 but was cited by county officials for operating a business in a residential area, housing too many unrelated occupants, and other code violations.)

“The hub of eSports is here.”

Though it hasn’t generated nearly as much attention as film, the video-game industry has blossomed in metro Atlanta thanks to a sizable talent pool, entertainment tax credits, and Fortune 500 corporations eager to connect with young consumers. In 2016, Turner Broadcasting partnered with talent agency WME | IMG to open the “ELEAGUE Arena,” a state-of-the-art studio outfitted with 26 cameras and more than 25,000 square feet of LED lighting. Every week, competitions are broadcast to thousands of fans on TBS and Twitch. Less than a year after the arena’s grand opening, Turner’s invitational Counter-Strike tournament found its way to the Fox Theatre. The weeklong competition featured a $1 million prize pool and attracted teams from around the world.

According to the Georgia Department of Economic Development, more than 110 video-gaming studios have located in metro Atlanta. Manufacturers are here as well; ScuF Gaming has its U.S. headquarters in Johns Creek, where 150 people market, design, and supply customizable PlayStation, Xbox, and PC controllers. On Georgia Tech’s campus, KontrolFreek makes thumb grips that slip over standard joysticks.

Maknojia and his roommates plan to grow alongside the city they now call home. That means getting into bigger and better tournaments. “That’s our main goal for now,” Kornecki says. “It just slowly transitioned from playing games to trying to build an empire.” 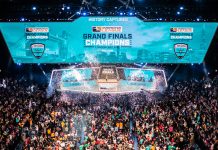 Atlanta bought an Overwatch eSports team. Here’s why you should care. 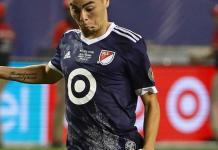