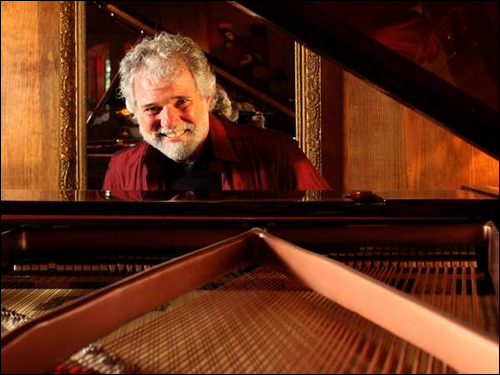 Rolling Stones keyboardist Chuck Leavell began his music career as a tagalong kid brother on his older sister’s date to a Ray Charles gig in Tuscaloosa in 1965. “I was 13 and my parents had something else going on that night,” Leavell recalled to Atlanta magazine this week from his 2500-acre tree farm in Macon. “So they said, ‘Why don’t you take Chuck with you?’ She graciously said yes. I was already playing music, learning piano and guitar. I was very interested in music. But I had never seen anything that powerful. I mean, Ray Charles is Ray Charles but then he had [David] Fathead Newman on sax, the Raelettes were singing. The band was just so tight. I walked away that night knowing exactly what I wanted to do with my life. If I could be in a band that was anything near that good and that powerful and that moving, that’s what I wanted to do. It was life changing.”

Who better then to organize Saturday night’s Celebrating Georgia with Chuck Leavell *and Friends* concert at Symphony Hall than Leavell, who played on some of Capricorn Records most influential recordings, not to mention gigging with The Allman Brothers Band and Eric Clapton before joining Mick, Keith and the boys on global tours? Saturday night’s show will reunite Leavell with Gregg Allman and feature Jimmy Hall, Robert McDuffie, the Randall Bramblett Band, Michelle Malone and the Atlanta Symphony Orchestra.

Q: What can you tell us about how this all came together and the musical selections on Saturday night’s set list?

A: My wife Rose Lane Leavell was the chairperson of a wonderful Georgia Humanities Council program, New Harmonies. It was a Smithsonian music exhibition that went around the state. They came to us and said, ‘We’d like to do a grand finale event to celebrate the success of this exhibition’ and they asked if I would put it together. So I called a few of my friends and here we are. We want to pay tribute to this exhibition and roots music. My most recent CD, Back to the Woods, is a celebration of early blues piano players. We’ll start the night with some of those songs. Then we’ll move toward our special guest and our tribute to Otis Redding. I don’t want to tip the hat too much except to say that Otis was an iconic artist from the state of Georgia and we’ll be paying tribute to him and of course, Gregg will be a part of that. Plus, the Atlanta Symphony Orchestra will be performing with us as well. The evening is all about roots, rock and rhapsody.

Q: You’ve been playing with Gregg Allman since you were 20 years old and you played on The Allman Brothers 1973 album, Brothers and Sisters. How has your friendship with Gregg evolved over the years?

A: We just celebrated Gregg with a show at the Fox Theatre last Friday night. For me, it was a journey back in time. Forty years ago, I played on Gregg’s first solo album, Laid Back and then I was asked to join the Allman Brothers band and we recorded Brothers and Sisters. It was wonderful to get to play songs from both of those records. It was nice for us to see that people still love those records. The music has stood the test of time and folks still want to hear it. And it’s still a joy for us to play. I have nothing but admiration and love for Gregg.

Q: You and Francine Reed recorded the Squidbillies theme for last fall’s season eight episode, “Gun of a Son” for Adult Swim on Cartoon Network. How did you get talked into that?

A: Oh, man! (laughing). My daughter Amy and her husband Steve Bransford live in Atlanta and have many friends who work for Turner and at Cartoon Network. They said, ‘Amy, do you think your dad would record the Squidbillies theme?’ So she called me up and said, ‘Hey dad, wanna be a Squidbilly?’ And when they suggested Francine Reed on vocals, how can you turn that down? I did about five different versions to see which style they liked. When Francine and I got into the studio together, we did maybe three takes. I’m not even sure which take they used. They were all good since she’s such a pro. What a voice. It was wacky and crazy and a whole lot of fun to do.

For more information on Celebrating Georgia with Chuck Leavell and Friends Saturday night at the Woodruff Arts Center, visit the ASO’s website. 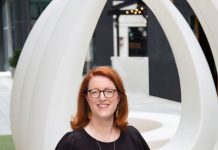