On October 3, 1966, Charles Weltner shocked fellow Georgia Democrats and the country by ending his reelection campaign to the U.S. House of Representatives at the 11th hour. The Atlanta native and lawyer, a vocal supporter of racial equality even before he entered politics, said he could not sign a loyalty oath vowing to support Lester Maddox, the segregationist Atlanta restaurateur and Democratic gubernatorial candidate who had opposed the Civil Rights Act, a groundbreaking piece of federal legislation championed by Weltner. “I will give up my office before I give up my principles,” said Weltner, shown here accepting a John F. Kennedy Profile in Courage award years later. “I cannot compromise with hate.” Maddox won the governor’s office, and Weltner’s congressional career was essentially over. In 1981, after five years as a Fulton judge, he was appointed to the Georgia Supreme Court, where he advocated for open government; each year, the Georgia First Amendment Foundation awards an honor in his name to Georgians who push for transparency. Weltner, who would have turned 92 this month, died in 1992 at the age of 64 from esophageal cancer. Former United Nations Ambassador Andrew Young called him a moderate “who woke up the conscience of the South” and put him in the same league as Ralph McGill and Martin Luther King Jr. 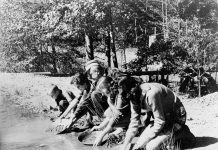 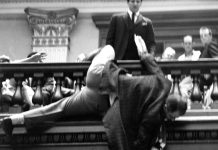 Sine Die 1964: Ending the legislative session? One representative said “not on my watch.”