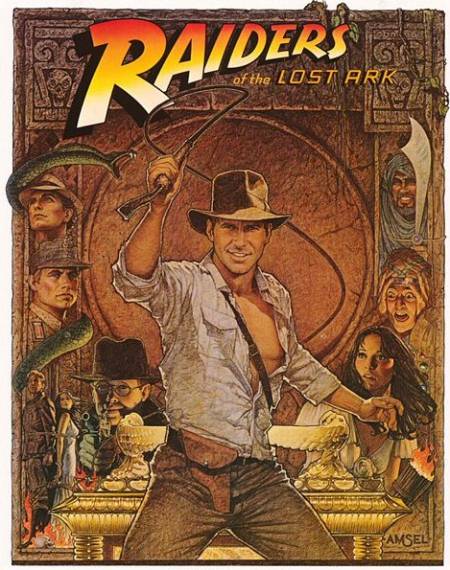 Thanks to a pair of Facebook fan surveys and a few long overdue arm wrestling bouts with Midtown parking purveyors, the Fox Theatre’s 2013 Coca-Cola Summer Film Festival could be the Atlanta landmark’s most ambitious movie series in years. When discounted advance tickets go on sale Friday morning at 10 via the Fox’s website, movie fans will see a more stream-lined line up: Friday nights will be devoted to action flicks, Saturday offerings will be date night and family friendly with Sundays reserved for revered classic films.

“The research we did told us a couple of things,” explains Shelly Kleppsattel who booked the series for the Fox. “Either people loved coming to the Fox to see movies but didn’t necessarily love [some of the logistics] or they didn’t realize the Fox showed movies. We took the feedback and used it to create a film-going experience far beyond what the average theater offers.”

In addition to the Fox’s iconic 26-foot-high by 56-foot-wide screen, the traditional sing along with the Mighty Mo organ and a vintage cartoon with each film, Fox reps also wrangled behind the scenes this winter with the local parking lot operators to get their rates down to a relatively measly $5 for the film festival series (anyone who has ever attended a Broadway in Atlanta musical or concert at the venue knows the prices can zoom as high as $20 or $25 depending on the whims of the lot attendants).

Last summer’s Saturday Morning Cartoons offering was such a hit with families, a second Saturday morning has been added this summer. Families are encouraged to wear their PJs too. “It’s a great way to introduce a child to the magic of the Fox without the price point of a show such as Mary Poppins,” says Kleppsattel. “These are the same Warner Bros Looney Tunes a lot of us grew up watching on Saturday mornings on our TVs and families can come and stay for 20 minutes, a hour or the full two hours and have that experience together.”

One decidedly less family-friendly offering on this year’s schedule? Director Quentin Tarantino’s much-discussed Django Unchained. Says Kleppsattel: “We had a lot of conversations about it and, yes, it represents a riskier offering for us but we wanted to widen our appeal and offer something for everyone in the festival. It’s a strong movie and has such wide appeal, we wanted it in this year’s line-up.”

The Fox will announce the final three August films later this summer. For tickets, go to foxtheatre.org.