One morning last fall, Michael Sterling arrived to work at the Atlanta Workforce Development Agency, the city’s jobs program located just south of Turner Field, and was greeted by Cameron Brydson. The 19-year-old homeless teenager, who had spent a few days in jail and was kicked out of a transitional home, wanted a steady paycheck, having earned a GED after dropping out of high school, but was uncertain about what to do next.

“He was really dirty and dingy. You could tell he had been living outside for a while—he was lost,” says Sterling, the agency’s executive director. “I asked him, ‘What do you want to do?’ He said he had always wanted to be an auto mechanic.”

The mission of AWDA is simple: provide career counseling and job training to help people like Brydson find work. For much of the past decade, Atlanta’s jobs bureau didn’t serve its purpose, and was considered to be the city’s most dysfunctional agency—even worse than the watershed department, where more than a half-dozen workers were arrested for stealing equipment, including a giant $80,000 back hoe. AWDA, which received millions of dollars to train unemployed individuals during the Great Recession, doled out cash to companies unqualified to teach employment skills, resulting in only one out of every five participants finding jobs through the agency. Deborah Lum, AWDA’s former executive director for 11 years, was forced to retire last year after an Atlanta Journal-Constitution investigation exposed corruption and cronyism on the heels of the city auditor’s recommendation to dissolve the entire agency.

Once Lum left, Mayor Kasim Reed asked Sterling, an adviser and former federal prosecutor in Chicago, to take charge of an agency in the middle of what he described as an “embarrassing storm.” Sterling started by straightening out the agency’s books, making sure a dozen or so state and federal grants were actually being spent properly. “If I get a youth grant,” he says, “I’ve got to buy a computer for youth services.” He ended up pushing out nearly half of a 56-person staff that wasn’t on board with changes to the agency’s internal culture.

The reforms appear to have paid off. State auditors, who blasted Lum for her lack of recordkeeping, recently found that AWDA had resolved its outstanding problems. Since Sterling took over in May 2014, the agency has started to resemble, well, an actual jobs training program. In the first eight months of 2015, AWDA has helped more than 170 customers find jobs, surpassing its job placements for all of 2014. That means roughly twice as many people on average are finding employment through the agency each month. Thanks to a labor analyst Sterling hired, most of those new workers are being employed in growing industries where they’re actually needed, like film and construction.

“People don’t know about our services,” Sterling says. “We need to do more outreach. But if we did that first, you would have put the cart before the horse. Now that we’re at relative strength, we can do outreach.”

Down the road, Sterling says, AWDA’s outreach will go a long way toward helping more people like Brydson—who’s now earning his automotive technology degree at Atlanta Technical College and has landed a paid internship as a mechanic at a BMW dealership—make a steady paycheck on film sets, construction sites, or under car hoods. 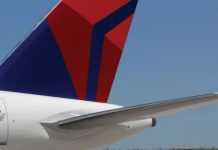 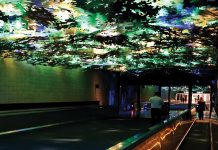