When Mario Guevara’s phone starts buzzing relentlessly, he knows an immigration raid is happening. The fast-talking senior reporter for Mundo Hispánico, Georgia’s largest Spanish-language publication, is sipping coffee at Plaza Fiesta around 5:30 a.m., waiting for the inevitable alerts from his nearly 300,000 Facebook followers about early morning arrests along Buford Highway in Atlanta’s northeastern suburbs. In DeKalb, the county with the second-highest number of ICE arrests in the country, he usually doesn’t have to wait long before his readers reach out to him.

An immigrant who fled El Salvador after being targeted by gangs, Guevara receives the kind of adoration from locals that’s usually reserved for celebrities. It’s because he and his colleagues cover stories—on detainee rights, crime in Hispanic communities, ICE raids—that most other local publications don’t. They’ve also earned trust by pulling public records for readers, translating for the police, and working with law enforcement to help find missing children. “If you can do something for this community, you do it,” he says. “I think we’re the only media to do something like that here.”

But less than one year ago, Guevara and his colleagues were almost out of a job. Last April, Mundo owner Cox Media Group told editor Maria Bastidas that the 40-year-old publication would be either sold or closed by the summer. Under Cox, which had purchased the paper in 2004, Mundo had increased its Atlanta-focused print circulation from 55,000 to more than 70,000 and cultivated its national digital presence into the third-largest Spanish-language site in the country, with millions of page views, exclusive stories, and a stack of awards. But Cox had begun divesting many of its media properties, including WSB-TV. Bastidas, who had been with Mundo for 14 years, had no idea what would happen to her staff of about 30. “Everyone came to my office asking, ‘What do we do?’” she says. She told them to light their prayer candles and keep doing their jobs.

By late summer, the wait was over, and Mundo had some unexpected new owners: a group of Latino investors, led by former state senator Sam Zamarripa, who want to grow Mundo into one of the most essential digital news outlets in the country and make Atlanta a Hispanic media capital.

Zamarripa didn’t start 2018 expecting to buy a newspaper, but, after Cox reached out to him for help finding potential buyers, he became interested in its potential, knowing how important Mundo was to metro Atlanta’s Hispanic communities. “Mundo is kind of like a gateway newspaper for people,” he says. “It’s where they find their bearings.” After seeing how much traffic the site was generating nationally, Zamarripa enlisted Rene Alegria, who led a Hispanic imprint of HarperCollins and later two other Spanish-language digital websites, to join him in buying and scaling the brand.

“If you can do something for this community, you do it. I think we’re the only media to do something like that here.”

Last fall, Mundo’s offices moved from Dunwoody to a small building behind Doraville’s Pinetree Plaza, in the heart of Buford Highway’s Hispanic community. Alegria, who’s leading the digital operations, breaks into a broad smile when talking about the upsides of being “culturally intelligent” as a small, Latino-owned company. “I’ve worked [at companies] where you have the mandate of representing Hispanics,” Alegria says. “What would happen is, 80 percent of my time, I would have to justify why we even exist as a department.”

Bastidas, originally from Venezuela, remembers some of the cultural translation she had to do under a large company: An office videotaping with a popular personal finance expert caused a stir when his slogan, “Machete Pa’ Tu Billete (Machete for your money),” was accompanied by him chopping a credit card with his famous prop, an actual machete—a tool familiar in many Latino households but not to corporate executives. Now, there’s no disconnect between the higher-ups and the readers. “We’re part of them,” Bastidas says of the audience. “We know what will work.”

The Latino population in Georgia has skyrocketed since Mundo began as the Latin American Association newsletter in 1979; now more than 200,000 metro Atlantans primarily speak Spanish. Today, Latinos are increasingly consuming news in English. Immigration from many Spanish-speaking countries has slowed, and more children born in the U.S. primarily speak English, says Melita Garza, a Spanish-language media expert and journalism professor. Layoffs have recently hit the two largest Spanish-language legacy organizations, Univision and Telemundo. “You can’t control U.S. immigration policy, and you can’t control the rate of assimilation,” Garza says. “That’s the key thing for Mundo Hispánico, is how to keep the momentum going in a way that allows them to monetize their audience.”

“Mundo is kind of like a gateway newspaper for people. It’s where they find their bearings.”

Alegria thinks Mundo’s connection to its readers in Atlanta and beyond provides an opening for companies trying to reach Hispanic consumers. Relatively low overhead means the site can experiment with attracting advertisers with documentaries or new content genres—the soccer-centric MundoDeportes, or food videos on MundoSabor that help forge Latino identity by comparing, say, Venezuelan hallacas versus Mexican tamales. “Atlanta has this reputation of producing maverick-type media entities,” Alegria says. “What a brilliant place to have a Hispanic media entity!”

The Trump administration’s aggressive targeting of immigrants has made Mundo’s reporting more urgent for its readers, many of whom are undocumented and afraid to go to the police. Instead, they call Mundo’s reporters, who often get stories that their English-language competitors can’t. Other papers ask, “‘How did you guys do it? How did you get them to call you?’ Because we’ve been there for a long time,’” Bastidas says. “And because they know we’re there, because we listen and because we’re showing up when they call.”

On a dreary Monday morning in December, a young woman is scared. She has surveillance videos of transactions involving wads of cash and bags of a white substance. She messages Guevara on Facebook—I have proof that someone is selling drugs—and drives to meet him at the Mundo offices, passing the nearby Doraville police station. In the lobby, she hands him an envelope with photos and videos. Guevara invites her to talk, leading her to his office upstairs. 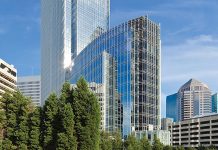