Six nights a week, Marshall Rancifer visits Atlanta neighborhoods to help thousands of homeless men, women, and children by passing out meals, hygiene kits, overdose medication, and condoms—and, if they want, referrals to permanent housing or treatment. Rancifer estimates he’s helped more than 2,100 people get off the streets.

I moved to Atlanta from Charlotte in 1990 and started using with my girlfriend in 1991. I was living to use, using to live, and at the end of the road. I lost my humanity, sense of humor, everything I own. I lost me. I went through hell trying to get into detox and treatment, but Central Presbyterian Church in downtown took me in. I promised God the day I got into treatment that no other addict or person who was homeless would suffer the indignities I suffered. That was 22 years ago. I think I’ve held up my end of the bargain.

You can’t keep banker’s hours when trying to help the chronically homeless. My fiancee, Lisa, and I do outreach during the night, when homeless people are most active. During the day we help people find housing and care. We go to English Avenue, Vine City, Fulton Industrial, downtown, Little Five Points—all over the city. We partner with different groups, like Covenant House and Atlanta Harm Reduction Coalition, to swap out used needles for clean needles, give out condoms and hygiene kits with toothbrushes, toothpaste, soap. We run entirely on donations. We also give out drugs to reverse opioid overdoses so people can get help. We can’t make folks stop using, so we try to keep them safe while they are using. They have to want to quit for themselves.

I see too much despair, too much death. People are sleeping all over the city—in neighborhoods, places where housing projects used to be. We have a lot of homeless people doing survival sex work, panhandling. Then, you have groups that get together to make money; women doing sex work to support guys to get rooms, meals, whatever they need. Atlanta has a large homeless youth population. The thing that gets to me most is when I see kids turning tricks just to survive. I’m talking about 13 or 14 on up. I see LGBTQ young people living on the street and turning tricks because parents kicked them out.

Some of the places I do outreach are in shooting galleries, where people shoot up heroin. I used to visit one apartment complex where people sold liquor by the shot, gambled, offered sex work, sold smack—all in one complex. These people know me from back when I was using. Sometimes, I ask permission where I know people are getting high. We might spend three hours at one location because of the need. That’s how you get people off the streets: build relationships with them.

“That’s how you get people off the streets: build relationships with them.”

All people having sex need condoms. You won’t believe the number of men who don’t want to use condoms, so I give the women female condoms they can use so the men might not know. When we test someone for HIV and they’re positive, we link them to care—we’ll even drive them if we have to. But you need a place to stay, transportation to get to your doctor, stability. There aren’t enough recovery beds. Or housing, period. And when police are constantly harassing and arresting folks, it knocks things out of whack. Sometimes they come back to the same spots. And sometimes they don’t.

The only way I get rest is if I turn my phone off. And I rarely do that. Lisa and I go fishing sometimes. We’ve been on vacation once in 12 years, to Florida for Thanksgiving. It’s gotten to the point where I worry what’s happening when I’m not out there. People tell me I need to slow my roll. But when a mother calls and tells me she and her son are homeless and she can’t get in a shelter, I have to do something. Sometimes, when I say I’m going to take a “me” day, it turns into a “we” day.

Mona Bennnett of AHRC says there isn’t a person on the streets that I haven’t met or couldn’t talk to. I feel like I’m in an episode of Cheers, where everyone knows your name, from the store owners to cops to the homeless. My best trait is the unconditional love I show people. My business is to help the people we serve get past whatever trauma they’re going through so they can lead productive lives. I can’t do that being a judgmental person. For this city to be the home of Dr. King—you wouldn’t know it by walking on these streets. Most folks say they care. But they care up to a certain extent. Most people aren’t going to put their asses on the line, step up, and speak out. —As told to Thomas Wheatley 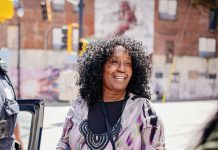 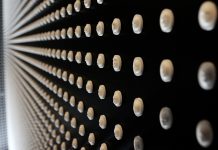 At the nation’s largest opioid conference, Georgians call for new ways to battle the epidemic 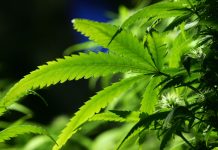 The city of South Fulton passed a new marijuana ordinance. Here’s what you need to know.