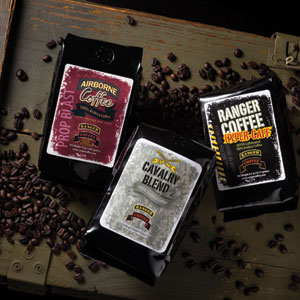 After serving tours in Iraq and Afghanistan, former U.S. Army Captain Rob Swartwood moved to Atlanta in 2009. He went to law school, settled down, and joined the American Legion, envisioning a quiet life as an ex-military man.

But the West Point grad found it hard to be quiet. Swartwood watched as fellow veterans struggled with alienation, depression, debilitating injuries, and post-traumatic stress disorder, factors credited with a horrifying spike in suicides. “We’re losing more veterans to their own hand than to armed conflict,” he says, referencing a recent study by the Department of Veterans Affairs.

In 2011 he bought Ranger Coffee and tested a new model of corporate philanthropy. In the first year, he grew profits by a factor of six and donated every dollar to organizations serving veterans, including the Tunnel to Towers Foundation, the Gary Sinise Foundation, Gallant Few, and Team Red, White & Blue.

He laughingly says he realized this model was “unsustainable.” Now the company commits to donating at least 50 percent of all profits to veterans’ causes.

Swartwood started as a novice, but he’s mastering the java business. “We’re the craft beer of coffee,” he says. “If you want Natty Ice, don’t come to us.”

PERC Coffee pops up at Southern Belle throughout January