Home News & Opinion Politics Takes on our mayoral roundtable
Well, it’s been a week since our two-hour-long Atlanta History Center panel with four of the five living Atlanta mayors. We were pretty proud to have arranged the ensuing conversation, as led by the Pulitzer Prize–winning Doug Blackmon, given the event’s one-of-a-kind nature. As you might imagine, the event sparked its own round of conversations over the following days.
During the panel itself, listeners got pretty active on teh Twittersphere, with a major theme being Andrew Young’s fearless, some said honeybadgerish, willingess to speak his mind. As Andisheh Nouraee tweeted, “Young says Atlanta is an international city. ‘Look at the food courts.’ #ATLmayors #honeybadger.”
If you’re looking to read our take on the event, check out former editor Rebecca Burns’s view of the roundtable, which she compared to a family reunion. Of course, there were other journos in attendance who aren’t on our payroll, and each one had a slightly different take.
The always colorful Scott Henry of Creative Loafing deemed the event “Bill Campbell’s coming-out party.” Henry focused on some of the ways the former inmate capitalized on his proximity to Andrew Young, Sam Massell, and Kasim Reed to try to bogey off their esteem. Henry also noted that Campbell’s internment seemed to be the one topic off-limits, leading to this comment: “I couldn’t help thinking, This guy is a fucking crook!”
The AJC on the other hand was more reserved in their response. In a much briefer entry, Jeremiah McWilliams zeroed in on the daily’s favorite topic: the APS cheating scandal. Particularly, it looked at Reed’s comment that we can’t let the schools fail, noting that the current mayor argued that if the schools didn’t improve, he might intervene.
Unfortunately, the Dunwoody-based paper failed to mention us in conjunction with the event, instead referring to it as something “at the Atlanta History Center.” However, Atlanta Progressive News had our back.
Ed Bean of the Daily Report also touched on the APS scandal and Reed’s response. Notably, he elaborated on some of the barbs Young sent the AJC‘s way, as when the former mayor accused the newspaper of sending reporters to schools for no other reason than to malign them in the public’s view.
Did you attend? What did you think of the event?
Advertisement 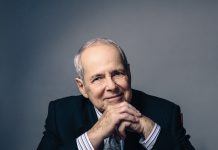