Home Film The Plaza, Fox Theatre catfight over The Women 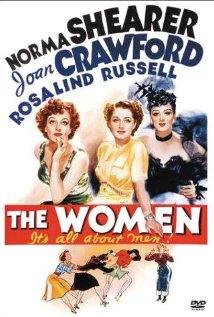 The claws have come out between the Plaza Theatre and the Fox Theatre over who gets to show the 1939 classic The Women this summer—and the fingernail polish is decidedly Jungle Red.

Since January, the Plaza has been advertising a July 18 screening of the 75-year-old George Cukor-directed comedy-drama starring Joan Crawford, Norma Shearer, and Rosalind Russell. The Women was the first film ever shown at the Plaza when it opened in the summer of 1939.

Meanwhile, a little further down Ponce de Leon Avenue, the Fox was deciding to focus on classic films this summer for its annual Coca-Cola Film Festival. The Women, along with Gone With the Wind and The Wizard of Oz, is among the 1939 pictures on the Fox schedule. The Women will close out the Fox series August 21.

Now, the Plaza claims that its plans to screen The Women have been thwarted by the Fox schedule. Fans have been buzzing about it since the Plaza posted about the unpleasantness on its Facebook page last week.

Plaza co-owner Michael Furlinger says that when he tried to book The Women back in April, he was told through the film’s distributors at Warner Bros. that the Fox had beat him to it by four days. “I never thought it would be an issue,” Furlinger tells Atlanta magazine. “I mean, this film is 75 years old.”

So, Furlinger picked up the phone and pleaded with the Fox to drop its booking. He says things didn’t go well with Fox Theatre president and CEO Allan Vella. “So, I told him we were going to have to post about this on our Plaza Facebook page to let people know. I asked him, ‘Why would you want that bad press when you can be the heroes here?’” Furlinger says that Vella accused him of using “threatening language.”

Vella tells Atlanta magazine, meanwhile: “It’s unfortunate that he advertised a film he hadn’t actually confirmed. When he called, we had already begun advertising and selling tickets. I thought his threats were completely inappropriate and unbusiness-like. Frankly, he didn’t dot his ‘I’s’ and cross his ‘T’s’ and he chose to threaten us. I don’t respond well to threats of any kind.”

Vella says the Fox even reached out to Warner Bros. and offered its blessing for the Plaza’s 75th anniversary screening of the film but, “Warner Bros told us they wouldn’t permit a second screening so close to ours. It was not our call but theirs.”

Making the situation even stickier? The 85-year-old landmark’s Fox Theatre Institute recently kicked in $5,000 in matching funds to help the Plaza renovate its signature neon marquee and gave the Plaza an award this month during the FTI’s Theatre Revival Tour. “We love the Plaza,” says Vella. “We’re thrilled that they’re still operating in 2014.”

Furlinger says he and his partners are now considering returning the donation to the Fox. He explains: “How would I characterize the Plaza’s current relationship with the Fox? Disastrous. There is no more relationship.”

Furlinger says showing The Women later in the year is also off the table. “I’m working on something,” he says. While he won’t name the movie, he says, “It’s a picture that’s rarely ever shown in theaters and if we can get it, it’ll be tremendous.”

As for all the attention being lavished on a 75-year-old black and white soap opera that’s usually eclipsed by the 1939 Technicolor spectacles Gone With the Wind and The Wizard of Oz? Well, as The Women’s Countess DeLave herself might exclaim: “Oh, l’amour, l’amour. La publicité!”