Home News & Opinion From the Magazine The shark tooth state? 3 official Georgia symbols you might not know...

You know the state fruit (peach), crop (peanut), and bird (brown thrasher), but what about our state fossil? Since the General Assembly approved their designation in 1976, these have been official Georgia symbols. Fossil: Shark tooth
We may have just 100 miles of coastline today, but roughly 65 million years ago during the Cretaceous period, South Georgia was largely underwater—and populated by prehistoric sharks.

Mineral: Staurolite
Staurolite is found in ancient crystalline rocks, which are abundant in North Georgia. The crystals, colloquially known as “fairy crosses” after their distinctive shape, are also prized as good luck charms.

Gem: Quartz
There are colorful quartz deposits throughout Georgia, including amethyst, popularly used in jewelry; smoky quartz; rose quartz (above); and clear quartz, which sparkles enough to resemble diamond when cut.

On the calendar: Snap up (or ogle) museum-quality stones and sparklers at the Gem, Mineral, Jewelry, and Fossil Show at the North Atlanta Trade Center. May 8-10.

This article originally appeared in our May 2015 issue under the headline “The Shark Tooth State.” 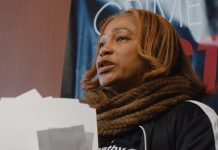 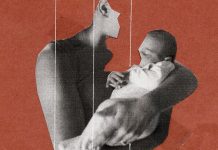 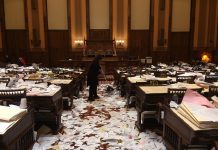 Regional transit, adoption, brunch: Where the biggest bills of the 2018 Georgia legislative session ended up