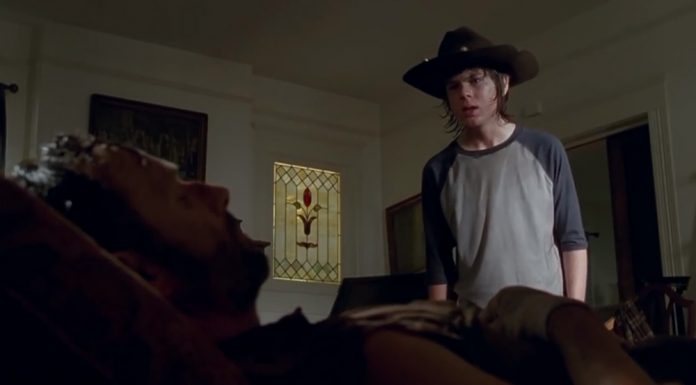 YouTube account Bad Lip Reading, known for creating wacky dialogue that perfectly syncs up with the lip movement from various TV shows, movies, and music videos, has released a new parody of The Walking Dead’s fourth season, which features our favorite characters arguing about apples and dolphins, speaking in tongues, and, most comically, even shows walkers politely asking Rick to let them into the prison. Sound ridiculous? It is, but be sure to stick around for the closing musical number, in which Carl dons the stage name “Carl Poppa” and performs an Auto-Tuned rap before his unconscious father.