Home News & Opinion Hollywood of the South The Walking Dead Awards: So it’s biological warfare then 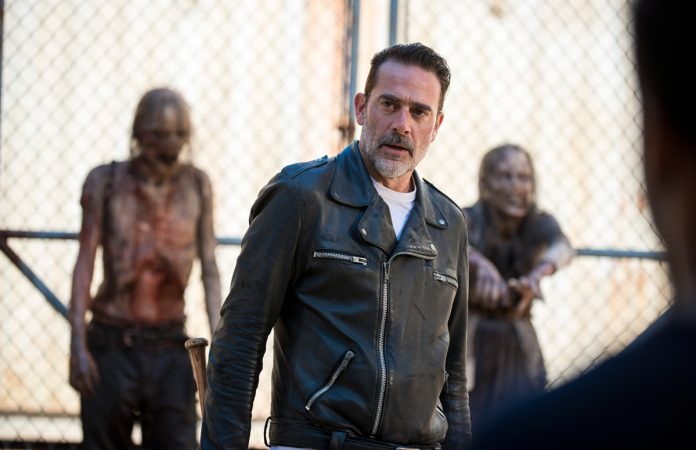 Each week, we comb through the guts of The Walking Dead, much like a horde of hungry walkers, to bring you the episode’s best moments, surprises, and other post-apocalyptic curiosities. This week: A priest, a doctor, and a dead guy walk into a bear trap . . .

Biggest hypocrite: Tara wants to kill Dwight to avenge Denise’s death. Tara also was written into the show as an ally of the Governor way back in season four. She switched sides after getting people that Rick and co. cared about killed. Stay in your lane, Tara.

Toughest call: Are you really making us choose between Dwight and Tara? Because we kinda sorta maybe want to go with Dwight.

Freakiest old threat: Bear traps. It might be straight out of a Looney Tunes episode but stepping on one will ruin your day.

Biggest understatement: Gregory telling Maggie, “I know we haven’t exactly seen eye to eye on anything.”

Least creative: Does it bother anyone else how the Saviors really haven’t ever thought outside the box? Biological warfare isn’t exactly a new concept.

(Almost) lost cause: The more we see of Eugene, the more we don’t want him back. If he’s going to have a redemptive plot, it better come quick, because the more time passes with him being a total jerk, even still sprouting fun Eugene-isms (“motivational presentational cubby”), the more we really don’t care what happens to him.

Best line: “Hilltop is going to learn to tow the line one way or another. Dead or alive. Or some kinda shit in between.” —Negan

He said it! Negan said the title of the episode!

Most disturbing image: The thought of Lucille, zombie blood and guts dripping off of her, “kissing” anyone.

Best kill: Gabriel’s blind faith (see what we did there) guided him to miraculously shoot the walker attacking Dr. Carson instead of the good doctor himself.

Episode MVP: Dwight, for consistently showing that he is remorseful for his actions and has indeed turned to the light side. At any point he could have flip-flopped and gone back to the Saviors in earnest, but he continues to be a double-agent for Team Rick, saving everyone’s butts. So hold your horses, Tara—revenge might not be the best option here.

And sadly, Rick wasn’t in this week’s episode so we cannot place him on the calm/crazy scale.