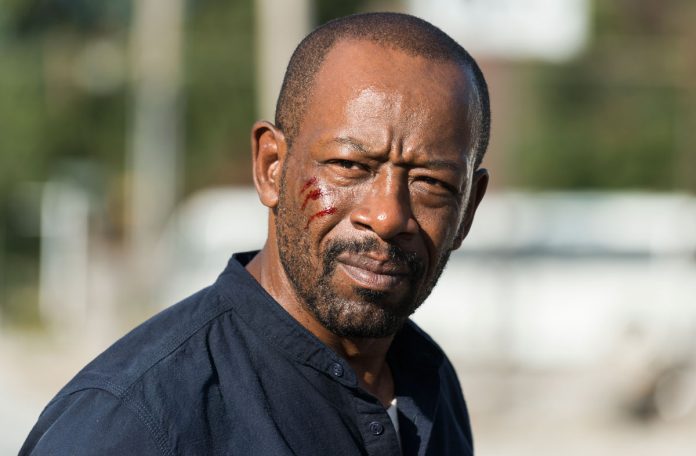 Each week, we comb through the guts of The Walking Dead, much like a horde of hungry walkers, to bring you the episode’s best moments, surprises, and other post-apocalyptic curiosities. This week: Look at the Saviors, Richard. Look at the weevils, garden plants. Look at the melons, Benjamin.

Best continuity: So far in the The Walking Dead television universe, we’ve seen the bombing of Los Angeles and Atlanta early on after the dead rose. If you look in the background during the first Savior offering scene, you can see the bombed-out ruins of Arlington, Virginia’s skyline.

Farming fact-check: Can you grow cantaloupes in Virginia? Yes, but only if the ground temperature is above 65 degrees, which must mean it’s currently spring or summer in the TWD universe.

Most on-the-nose foreshadowing: Not since the ending of The Terminator have we seen a storm-on-the-horizon metaphor used so lazily as it was when Carol heard the Kingdom’s truck racing Benjamin to her.

Best use of montage: Morgan’s crazed freak-out after Benjamin’s demise not only reminded us of just how fragile Morgan once was (“Clear”), but the disjointed, nonlinear time line also made it difficult to tell what was real and what wasn’t. Did Morgan actually sit in the grave and hold a knife to his wrist, or was he just contemplating suicide? We don’t need the answer; the emotion in the scene is clear. Morgan will never be the same.

Please think of the children: Add another strike in the “Carol can’t be around kids” column: Benjamin asked her if he could walk home with her to learn how she dispatched walkers, noting that he could miss his drop. But she refused and told him to go to the drop, which is, of course, where he died. If Carol had just let him come along . . . sigh.

Worst plan: For a guy who wanted to die while sparking a war against the Saviors, Richard sure didn’t think his plan through. Just one look at the Saviors tells you they’re sadistic and won’t give you what you want, no matter the cost. Plus, killing innocents rather than the malcontents themselves is kinda their M.O.

Honor among thieves: It’s nice to see that even the Saviors (or at least Gavin) aren’t exactly on board with child killing. Sure, making Jared walk back may be a relative slap on the wrist, but it’s better than nothing.

Death watch: After killing again, starting to lose his mind, and vowing to “clear” the world of Saviors, we’ve got a hunch Morgan’s not long for this world. Supporting evidence: He didn’t make it this far in the comics.

Biggest threat: You might think that the Kingdom deciding to join the fight against the Saviors would be the biggest threat on the block. You’d be wrong. Because the unstoppable combined force of Murder Carol and Crazy Clear Morgan probably could end all of Negan by the season finale if the duo wanted to.

Best kill: Carol’s creative use of a fallen “One Way” sign to annihilate five or so walkers.

Most disturbing image: Richard’s gasps as Morgan choked the life out of him. Even though his death occurred off camera, listening to him die slowly and painfully was hard to bear. Harder still knowing that Morgan was simultaneously losing his humanity.

Episode MVP: Ezekiel, for doing what has to be done. No, we don’t mean seeking revenge like Morgan—that’s impulsive. No, we don’t mean giving into the Saviors to protect the Kingdom—that’s unsustainable. Rather than lash out or cower in fear, he remained calm and understood that the time to fight is coming, but not today.

And sadly there were no Rick Grimes moments to register on our crazy-meter this week, not because Andrew Lincoln wasn’t in the episode, but due to Morgan’s major-league insanity outshining anything Rick is capable of.