Home News & Opinion From the Magazine Who polices the Atlanta police?

Anyone who feels they’ve been wronged by an Atlanta police officer can voice their concern to the city’s Citizen Review Board.

Why was the board created?
In 2006, three members of the Atlanta Police Department burst into an English Avenue home and shot and killed 92-year-old grandmother Kathryn Johnston during a botched drug raid. The incident made national headlines and eroded the community’s already shaky trust in the department. Two years later, the ACRB opened its doors. Today, it’s the only citizen-powered entity with oversight of a police department in Georgia.

How is this different from the Office of Professional Standards, APD’s version of internal affairs?
OPS is part of the police department. ACRB is a standalone agency. Last year, the ACRB’s nine-person staff, including executive director Samuel Lee Reid, received approximately 150 complaints—a 13 percent increase from 2018. Over the course of weeks and months, they investigate allegations, interview officers, and review and collect evidence. The investigations are then presented to the 13-member board of residents appointed by the mayor and Atlanta City Council, neighborhood and legal groups, and nonprofits like the Atlanta Business League. The board can then decide whether to dismiss the case or, if they determine an officer violated policies, recommend disciplinary action to APD brass. The findings can be viewed by the public on the ACRB website. “Police departments have been successful at keeping doors closed on what’s happening in the department,” says Reid. “With civilian oversight, you have an independent process that can open the blinds, report to the public what’s happening, and hold people accountable.”

How effective has the ACRB been?
From its beginning, some board members and reform advocates called the ACRB a toothless tiger. Officers did not always appear for hearings and interviews until 2010, when legislation required them to cooperate. In addition, the department now has to provide an explanation to the board if it disagrees with their recommendation. Under former police chief Erika Shields, who resigned in June after an Atlanta officer shot and killed Rayshard Brooks while arresting him for a possible DUI, the department accepted 41 percent of the board’s recommendations. In 2015, the police agreed with the board’s findings and nonbinding recommendations only 11 percent of the time.

How can the agency become more effective?
A $427,000 bump in city funding approved in June, Reid says, could help the board study trends and best policing practices to serve as a watchdog and community educator, rather than mainly a mechanism for lodging complaints. In addition, Mayor Keisha Lance Bottoms ordered all future cases of excessive use of force by police to go to the ACRB. Reid has proposed measures—and Bottoms has directed the law department to research them—that would allow the hiring of third-party officials, like a retired attorney, to make a binding decision when the board and police disagree. If the police and the accuser first opt for third-party mediation to handle the complaint, the two sides could appeal a decision to the full ACRB board for additional consideration. It also would allow the board itself to initiate complaints against officers in some situations. Finally, it would increase the length of time a person has to file a complaint, from 180 days to one year. “In any profession, and in people’s everyday life, having someone call you out for what you said or did can get uncomfortable,” Reid says. “But it’s a necessary process that has to occur so everyone can feel [they have a say in] the enormous power officers have with citizens.”

This article appears in our August 2020 issue. 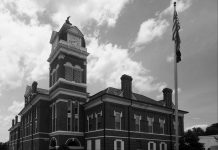