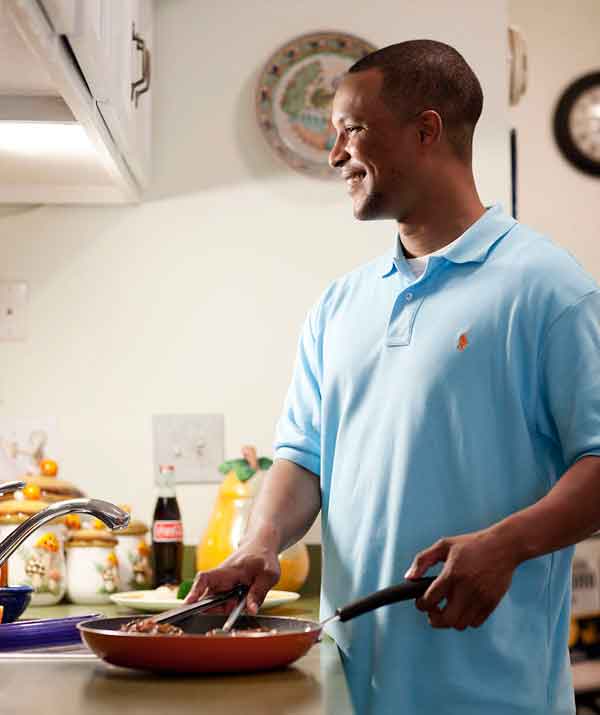 Kamal Grant, owner of Sublime Doughnuts, has built a career devising flavors no one expects to see in a doughnut box, like strawberry shortcake and Reese’s Peanut Butter Cup. But long before that, his mother, Nidia Grant, was innovating at the family dinner table. From the time she first arrived in Marietta more than thirty years ago with her then-husband, who was stationed at Dobbins Air Reserve Base, Grant was determined to continue cooking the meals they knew and loved in their native Panama. Often, that meant scavenging Cuban markets around downtown Atlanta for staples like plantains, yucca, and cilantro that were still hard to come by in suburban supermarkets. It also meant adapting to another food culture. Co-workers at the plastics manufacturing company where she worked introduced her to corn bread and collards. And by the time her two sons were born, those Southern standbys had become standard dinner fare along with old-country favorites like arroz con pollo (chicken with rice and a melange of colorful vegetables) and lomo (ribeye stuffed with onions, celery, olives, and lots of parsley).

“Since I’m just about always working, I don’t do much cooking at home,” Kamal says. “I still come over to my mom’s house about once a week for dinner. One of his favorite meals is her Coca-Cola chicken, a stovetop dish of seared chicken breasts in a vibrant sweet-and-sour sauce that stars the city’s signature soft drink. It’s based on a recipe a Georgia friend gave Nidia years ago, but she cranks the flavor up with hot sauce and some minced, mildly hot banana pepper (also called wax pepper).

Nowadays, Nidia can often be found boxing up her son’s deep-fried confections behind the counter of his popular little bakery near Georgia Tech. But there, she stays out of the kitchen. “Kamal always liked to bake things like cupcakes and cookies, even when he was a little boy,” she says. “But I never much cared for it. He must have gotten the baking gene from his aunt, who used to work in a bakery in Panama.” His Central American roots have yet to show on his menu— but it’s not like it hasn’t crossed his mind. “I’ve been tempted to do a guava doughnut,” he says, “but I still have to work that out.”

Instructions
1. In a medium saucepan, combine Coca-Cola and tomato sauce; simmer on low heat. Meanwhile, heat 1 tablespoon of the oil in a skillet over medium heat and saute the onions, peppers, and celery until onions are translucent and other vegetables are slightly caramelized. Add garlic, brown sugar, vinegar, honey, hot sauce, soy sauce, black pepper, salt, dry mustard, and paprika; saute for 5 minutes on low. Add this mixture to Coca-Cola mixture and simmer for 10 to 15 minutes. (This may be prepared several days ahead of time and refrigerated.)

2. In a large skillet over high heat, saute chicken in remaining tablespoon of oil to caramelize on both sides. Pour off excess oil, if necessary, then pour sauce over chicken and bring to a boil. Lower heat, cover, and simmer 20 to 30 minutes, until chicken is cooked all the way through. Remove chicken to a platter. For a thicker sauce, bring sauce to a boil and cook down to desired consistency. Ladle over chicken.

This is an extended version of an article that originally appeared in our September 2011 issue.