Home Independent School Guide Getting In

Congratulations! The search for the ideal independent school match for your child is over. The only hurdle to clear now is getting your student through the door.

For many parents, the admissions process may be as daunting as the search itself, with a grueling grind of interviews, testing, essay writing, and references that now take on critical importance. While sweating over little Tommy’s placement test or Katie’s report cards, many parents may overlook prepping for one key element: how they present themselves to the school community.

“We look at the parents to see how they set themselves apart from others,” says Donna Windham, admission director for Landmark Christian School. “We do parent
interviews and talk about why they are looking at our school, what they think makes it a good match, and what they expect. We want to know if they’re going to be good partners because our partnership is with the parents on the student’s behalf.”

As is the case at many independent schools, prospective students at Landmark’s Fairburn and Peachtree City campuses are interviewed and invited to spend a day shadowing another child of the same age, and teacher feedback from that process is weighed in the admission decision. Other factors include academic success as indicated on report cards and transcripts, and the scores from standardized national tests. Students transferring from a public school will also take Landmark’s placement test. Added into that mix is the evaluation of the parents’ commitment.

“That’s integral to a child’s success at any school,” says Windham. Demonstrating that commitment to your school of choice might mean attending events even before a child is accepted. Families looking to enroll at either the College Park or Johns Creek campus of Woodward Academy are encouraged to participate in activities and programs as a way to get acquainted with the admissions staff and faculty. It also helps for the staff and teachers to get to know the parents.

“That never hurts,” says Rebecca Eckstein, Woodward’s vice president for admissions and enrollment management. “We invite parents to come to concerts, theatrical performances, and football games, and their coming lets us know that Woodward is important to them. At the same time, they move from being an unknown family to a known family.”

Parents who begin to build those relationships will also hear staff advising them to start the admissions process sooner rather than later. “With testing and transcripts, and setting up tours and interviews, it can take some time, and those who start early may have a little bit of an edge over others,” says Eckstein. “The deadlines are pretty serious. Our applications open October 1 for the next year, and files are reviewed when they’re completed. We have about 1,000 applicants every year, but if we only need 50 students for ninth grade, once we admit 50, the admissions committee may not be enthusiastic about reading late files.”

Holy Innocents’ Episcopal School in Sandy Springs also encourages parents and prospective students to participate in activities that are posted online. “Take advantage of open houses, shadowing possibilities, athletic events or sporting events, and tours—any opportunity for the parents and students and the schools to get to know each other,” says Beth-Sarah Wright, the school’s director of enrollment management.

As do many other independent schools, Holy Innocents’ participates in a shared online application system that streamlines the collection of test scores, essays, and the like, then creates a repository for all schools to access. “You can create one account that minimizes paperwork and lets you apply to as many schools as possible,” says Wright. That should leave you to take advantage of in-person activities. And when all else is equal, those personal connections might mean the difference between acceptance and rejection.

“Doing those things is not a requirement,” says Windham. “But they’re the sort of things that will set you apart.” 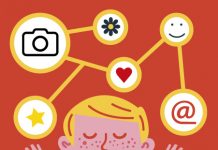 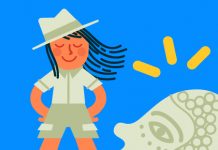