The highest cocktail bar in Durham is on the sixth-story rooftop of the Durham Hotel, a white-and-gold midcentury building. Like a few other classic structures in downtown Durham, it was once a bank, but it now trades in a different kind of currency: cool. On a Thursday night not long ago, as the skyline was backlit by the setting sun, a little jazz combo serenaded a crowd of revelers sitting in low-slung outdoor furniture, sipping gin and tonics and single-malt whiskeys. Down below in the city center, swelling crowds flowed in and out of tea and coffee shops, an ice cream parlor, an independent bookstore, a couple of superlative bakeries, a bicycle-and-beer shop. A collection of restaurants—Spanish, Japanese, Cuban, Korean—offered anything but grits and cobbler.

Perched in the hilly North Carolina piedmont, Durham is often mentioned as one of a set of triplets known as the Triangle. Raleigh is the largest, Chapel Hill the coziest. But Durham—Durham might be the coolest.

Which is why it should come as no surprise that the city is home to Copa, a Latin restaurant run by a Cuban biochemist, and Mateo, described by Alton Brown as “the best tapas bar in the U.S.” It’s also the home of two tentpole cultural events that sell out in a flash: April’s Full Frame Documentary Film Festival, which draws top filmmakers from around the world, and Moogfest, an avant-garde music, art, and tech gathering held the same month. (Yes, it’s named for that Moog—Robert, the synthesizer inventor and electronic-music pioneer.)

Unlike most cities with sub-300,000 populations, Durham is also home to hip downtown hotels. There’s the aforementioned Durham Hotel, with a mod atrium lobby the New York Times compared to the set of Mad Men. At night, guests leave door hangers out specifying their preferred coffee for the morning; it’s delivered, freshly ground, to be brewed inside their rooms.

Another noteworthy hotel is the 21c, located in a 1930s-era art deco building like something you’d see in a heist movie. Contemporary art is everywhere—in the hotel’s free, on-site museum; on the walls of individual rooms, which boast original pieces; and in the first-floor restaurant and cocktail bar, the Counting House. There, locals sip beguiling cocktails like the mezcal-laced Divination & Dreamwork and ponder works such as It Will Warm You Twice. The four-and-a-half-foot-long mosaic consists of tens of thousands of cigarettes and mini cigars—a tribute to Durham’s tobacco past—arranged in the shape of the trees that English colonists cleared when they arrived in the area. Nodding to both environmental and industrial decline, the piece is bittersweet—but also gestures, according to its artist, Duke Riley, to “the current cycle of reinvention, as the shell of the Durham tobacco industry is repurposed as a cultural and metropolitan center.”

Another Counting House piece, The Prophet and the King II, is by the artist Kehinde Wiley, who painted Barack Obama’s official portrait. It depicts a young man in bright streetwear, one arm raised above his head and another open at his side. Eight feet tall, bold, eye-popping, and colorful, the portrait hangs over the host stand as if to say: Welcome—there are big things here.

This year is the sesquicentennial of the city of Durham, which functioned as a tobacco and finance town almost from the beginning. J.B. Duke became the founding president of the American Tobacco Company here in 1890, and eight years later, a group of black entrepreneurs started North Carolina Mutual Life Insurance Company, which remains the oldest and largest black life insurance company in the country.

The tobacco industry, though, is long gone. Its evidence remains in a cluster of warehouses across a set of railroad tracks from the city center. The former factory complex is part of an eclectic district that’s been rebranded as the American Tobacco Campus, complete with restaurants, the local public radio studio, an airy public plaza beside a rushing canal, and the field where the Durham Bulls play—all in the shadows of skeletal overhead chutes that once moved bales of tobacco between buildings.

The city has coined a number of slogans to celebrate its progress. One of the most frequently used is “From Tobacco to Tech,” referring to the many startups that call the city home. (American Underground, the so-called “Startup Hub of the South,” has four Durham locations with nearly 200 startups between them.)

The city has also helped create a public art project called Mural Durham to explore its past and present. One of the most prominent murals was designed under the direction of artist Brenda Miller Holmes on a brick building at 120 Morris Street. It incorporates a number of seemingly disjointed sites and historical figures: the Royal Ice Cream shop at Roxboro and Dowd streets; activists Pauli Murray and Ann Atwater; architect Julian Abele. The common thread among these images is the city’s civil rights past.

In Durham, Rev. Douglas Moore pioneered the sit-in as a tactic before it was widely adopted by the civil rights movement: Seven African American activists were arrested here in 1957 for protesting the segregated Royal Ice Cream shop, where there’s now a historical marker. (Their action preceded the more famous Woolworth sit-in in nearby Greensboro by three years.) Pauli Murray—whose writings influenced Ruth Bader Ginsburg—grew up in Durham, and her home, a national historic landmark, is set to open next year as the Pauli Murray Center for History and Social Justice.

Ann Atwater, played by Taraji P. Henson in the recent film The Best of Enemies, lived and worked in Durham. And Julian Abele designed the gorgeous gothic chapel at Durham’s Duke University decades before he, a black man, would have been admitted to the school. With bright colors and broad strokes, the Morris Street mural takes an unflinching look at the city’s history. And if a willingness to do so indicates a readiness to move into the future, there’s reason to believe Durham’s momentum is only just beginning.

In the last couple of years, the New York Post has called Durham “the foodie capital of the South.” Southern Living named it the “South’s tastiest town.” And Vogue gushed about its “creative culinary scene.” One of the brightest stars in this scene is Michael Lee, a Seoul-born chef whose M Sushi anchors a burgeoning empire that also includes Korean fried-chicken and tempura restaurants. At M Sushi, Lee offers an ambitious tasting menu that reflects a deep well of culinary knowledge and a playful engagement with local ingredients. Take, for example, the uni toast: a small piece of sourdough from Raleigh’s famed bakery Boulted Bread, topped with milky stracciatella cheese, fresh sea urchin from the northern Japanese island of Hokkaido, whipped lardo (pork fatback; we’re still in the Carolinas, after all), and chewy tobiko. Salty, funky, and confoundingly rich, it’s like something beamed in from another planet, where all the flavors are turned up a notch or two in intensity.

M Sushi is tucked into a cobblestone alley behind Chapel Hill Street, one of the main downtown thoroughfares. Just across the alley is the Durham Hotel, home to both the aforementioned rooftop cocktail bar and an outstanding restaurant, the Durham, on the first floor. The kitchen is overseen by Andrea Reusing—a James Beard Award winner perhaps better known for her Chapel Hill restaurant, Lantern—which makes this Durham gem feel all the more special. Reusing is also in charge of the rooftop’s raw bar and a small coffee counter that serves some of the South’s best joe: Counter Culture, roasted right here in Durham.

On the same block, cocktail bar Alley Twenty Six offers a great place to drink with locals. Order your beverage at the long wooden bar and take it out into the eponymous alley, narrow and brick, strung across with bare light bulbs. Libations here showcase the deep bench of distilling talent in North Carolina: fragrant Conniption American Dry Gin from Durham Distilling, Appalachian Fernet from Asheville’s Eda Rhyne.

But no visit to Durham is complete without stopping in at the Parlour, which serves handmade, high-butterfat ice cream out of a little storefront on Market Street. Sourcing ingredients from nearby vendors like Carrboro Coffee Roasters and Lyon Farms, it scoops flavors like Vietnamese coffee, blueberry, toasted coconut, and geranium, earning nods from CNN and Marie Claire.

Ice cream cone in hand, it’s easy to walk the city’s perimeter, passing a hip, smart plant and gift shop (the Zen Succulent), a boutique hotel (funky, retro Unscripted, whose second-floor outdoor pool is open to the public), and a bodega called Bulldega—for that quick hit of kombucha to revive the spirits.

With so many progressive, eclectic offerings, Durham might indeed be the grooviest of the triplets. And like all proper cool kids, it doesn’t feel the need to grasp for attention—it simply does its thing while word of its hipness continues to spread. 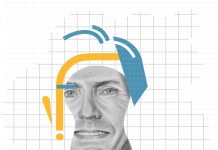 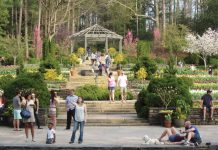 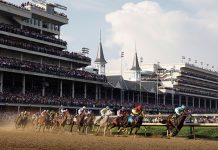