Let’s face it, everyone likes Harry Connick Jr. Soccer moms sound like schoolgirls when they talk about his wavy brown hair and mile-wide smile. Most Americans over forty can still hum the chorus from “It Had to Be You,” which became his first hit when he recorded the popular standard twenty-five years ago. Even too-cool-to-care teenagers admit he’s their favorite American Idol judge.

But no one likes Connick as much as the people of New Orleans. He’s the son they love to claim, the scion of a well-known family and a member of the city’s musical aristocracy. His father was the district attorney for Orleans Parish for twenty years, and his late mother was a Louisiana Supreme Court justice. He even grew up playing the piano under the tutelage of New Orleans jazz master Ellis Marsalis Jr.

Connick likes New Orleans right back. Yes, the forty-six-year-old lives in Connecticut these days (gasp!), but he insists he’s most at ease when he’s back home. “It’s my favorite city in the world, man,” he says. “The heat, the humidity, the constant access to music, celebration, history, architecture, cuisine—it’s just an amazing gumbo of culture, and you can’t really find it anywhere else.”

Connick was born in New Orleans and began playing the piano at three. He was encouraged by his parents, who co-owned a record store at the time. In the city that birthed Louis Armstrong and Fats Domino, a young Connick began showing signs of greatness. At five, he wowed the town when he played at his father’s swearing-in ceremony, and he went on to record several amateur records as a high schooler.

At eighteen, he left the Big Easy for the Big Apple—where he soon took a giant bite of fame. At Rob Reiner’s request, he recorded the soundtrack for When Harry Met Sally, which went multi-platinum and earned Connick his first Grammy when he was just twenty-two.

Emboldened by success, he decided to branch out, appearing in several motion pictures and, later, on the hit television comedy Will & Grace. Most recently, he joined the judges’ table on American Idol. Connick, his wife, and three children have watched the show since season one, and he says his tough-love responses to the contestants are genuine. “It’s not just some gig; I have an investment in the show.”

On top of Idol—plus filming Dolphin Tale II and writing a pilot for a musical sitcom—Connick is promoting two new albums. The splashier one is Every Man Should Know; the smaller is Smokey Mary, which pays homage to the diversity and fun-loving spirit of New Orleans.

The roots of Smokey Mary date back to 1992, when Connick was crowned King Bacchus and reigned over one of the city’s largest Mardi Gras parades. As he rode a float down Canal Street, he was bothered that the krewes behind most of the city’s parades catered to a single race or gender—white men especially. The following year, he founded the Krewe of Orpheus, named for the legendary musician of classical mythology. “The idea was it would be inclusive of all the people of New Orleans,” Connick says. The first parade featured a record 700 riders; its lagship float was named Smokey Mary after a beloved steam engine that once connected sweltering New Orleans to the breezy shores of Lake Pontchartrain. So proud is Connick of Orpheus, he decided the parade needed its own soundtrack: hence, Smokey Mary. “It’s something you can put on at a loud Mardis Gras joint,” he says.

Not that you’ll find him at one. When Connick is in town, he usually lays low at his dad’s home, occasionally venturing out for crab fingers and oyster po’ boys at Mandina’s on Canal Street. “But it’s not in the touristy part of Canal Street,” he adds.

He also likes to pay a visit to the New Orleans Habitat Musicians Village, which he co-founded with saxophonist Branford Marsalis, the son of his boyhood teacher. The Habitat for Humanity community in the city’s Upper Ninth Ward is home to sixty-eight musicians and their families who were displaced by Hurricane Katrina, plus the Ellis Marsalis Center for Music. He’s proud of the village and what it contributes to the preservation of the city’s culture, and he wants visitors to check it out. “The neighborhood is nothing fancy, ust traditional New Orleans homes, but the music center is just an amazing state-of-the-art facility—by far the best facility of its kind in New Orleans and probably the whole region,” Connick says. Bonus incentive to visit: Connick is known to pop by the music center to surprise the kids taking lessons there.

Besides the success of the Musicians Village, Connick sees other post-Katrina victories all over town, from renovated hotels that now offer WiFi, to restaurants that have stepped up their service to win back guests. “I think for a while New Orleans really rested on its laurels,” he says. “But when Katrina happened, everybody realized we have to keep up with the times.”

Of course, some things needed no improvement­—like the comfort food of Connick’s youth, which he misses terribly while he’s away. “If you make red beans in New York, it just tastes different,” Connick laments. He pauses. “I think there’s something literally in the water in New Orleans.” 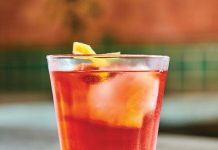