Sloppy Joe’s
Key West, Florida
This legendary joint opened on December 5, 1933—the day Prohibition was repealed. Ernest Hemingway bought his Scotch here, and every year the saloon hosts a surreal tableau: the Papa Look-Alike Contest, in which dozens of barrel-chested men with man-scaped white beards compete for the title. sloppyjoes.com

Carousel
New Orleans, Louisiana
If the room is spinning, you’re not necessarily tipsy. This elegant lounge features a revolving bar—a circus-themed, twenty-five-seat merry-go-round for grown-ups installed in 1949. Hemingway mentions it in Night Before Battle, and Eudora Welty features it in The Purple Hat. Truman Capote also tippled here. hotelmonteleone.com

Captain Tony’s Saloon
Key West, Florida
Whenever a celebrity visits this watering hole, a stool is named in his or her honor. Among the inscriptions: Ernest Hemingway, Truman Capote, and Shel Silverstein. Jimmy Buffet started here and was paid in tequila. Established in the 1930s, it is believed to be the oldest bar in Florida. capttonyssaloon.com

Battery Park Book Exchange
Asheville, North Carolina
When you’ve found that special title among the 35,000 books on hand, break out the bubbly to celebrate. This dog-friendly hangout doubles as a wine, coffee, and Champagne bar where you can linger in comfortable recliners and imbibe by the glass. You can also trade books for libations. batteryparkbookexchange.com 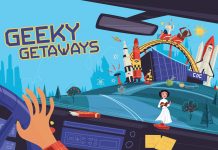 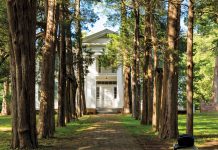 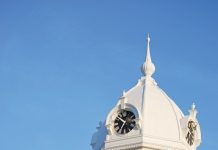