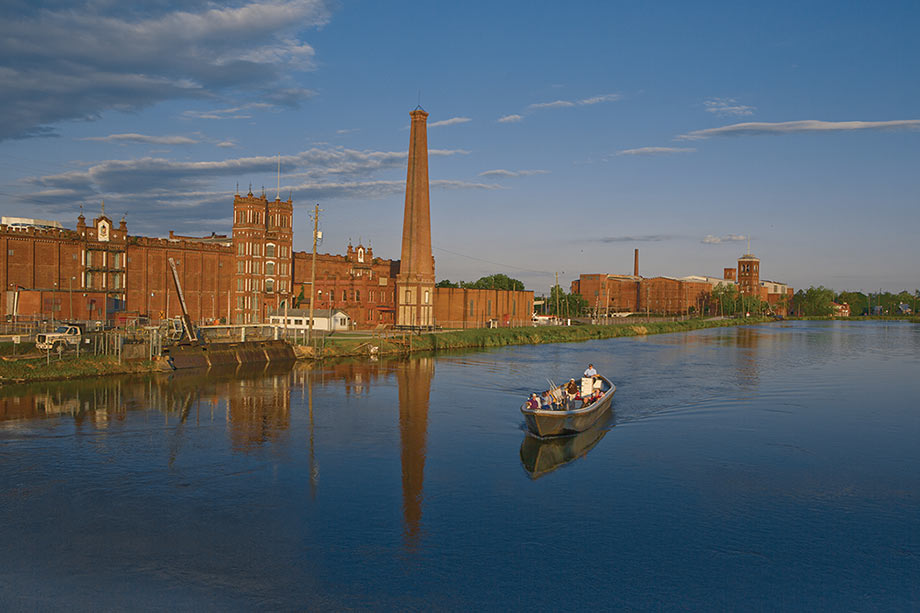 You may think you know Augusta. The men in green jackets milling about Augusta National, legendary home of the Masters, each April. The blossoming azaleas cradling Amen Corner. The hushed gasps of spectators watching big names like Tiger and Bubba compete in the world’s most prestigious golf tournament. But if that’s all you know of Augusta, you’re missing a lot. Venture beyond the fairways, and you’ll discover a lively riverwalk, terrific dining, and a charming Broad Street that lives up to its name (it’s the second-widest such street in America). And since Augusta was one of the only major Confederate cities to survive the Civil War intact, you’ll also find some of the oldest architecture in the region.

Founded in 1736 by General James Oglethorpe, Augusta is Georgia’s second-oldest city, bested only by Savannah. Drawn to the gently sloping land on the western banks of the Savannah River, Oglethorpe established the city on the site and named it in honor of a sitting British princess, Augusta of Saxe-Gotha. Forty years later, a twenty-six-year-old Augusta resident named George Walton demonstrated the prominence of his hometown when he became the youngest signer of the Declaration of Independence. Visit Meadow Garden to tour his pre-1791 farmhouse, decorated with period paintings and furniture. Walton wasn’t the only Georgian to sign the Declaration of Independence, as you’ll see at the nearby Signer’s Monument. Button Gwinnett and Lyman Hall also penned their names on the historic document, and the fifty-foot granite obelisk erected in 1848 honors the trio of statesmen.

Augusta also played a pivotal role in the Civil War. A cosmopolitan city with a strong manufacturing infrastructure, it was ground zero for gunpowder production, responsible for more than three million pounds of the stuff over the course of the war. Today, you can visit the Confederate Powder Works  and see the original 150-foot brick chimney.

Considering the town’s rich backstory, the Augusta Museum of History is a can’t-miss. Check out arrowheads and pottery from east Georgia’s early Native American cultures, furniture crafted by early European settlers, the flag that once flew over the Confederate Powder Works, and even a fully restored 1914 steam locomotive that once traveled between Augusta and Atlanta. There’s also an interactive exhibit dedicated to “Godfather of Soul” James Brown, who spent much of his childhood living in his aunt’s local brothel. Of course, you’ll find plenty of golf history here too, including the only tournament green jacket on display outside Augusta National. Whose jacket is it? That’s a closely guarded secret. Back on dry land, meander over to the Cotton Patch, a Southern-style eatery housed in the historic warehouse where Eli Whitney invented the cotton gin. Order an eight-ounce strip from Augusta-based Red Maple Farms with a side of Miss D’s mac and cheese, arguably the most popular item on the menu. Around the corner on Broad Street, you’ll find Frog Hollow Tavern, a standout local restaurant showcasing regionally sourced ingredients. Try the Anson Mills cornbread salad with tomatoes, snap peas, and green onions, and don’t miss the honey-lacquered pork belly. Wash it all down with a strawberry mojito made with locally grown pickled strawberries. After dinner, loosen your belt and try the sky-high 7th Heaven layer cake at the Boll Weevil, an Augusta Riverwalk favorite for nearly a quarter century.

Whether you’re visiting during the Masters or eyeing Augusta for a getaway after the excitement has settled down, you’ll discover a city with a wealth of history, a labyrinth of waterways, and a trove of great restaurants and attractions. Again, if you think you know Augusta but have never shot beyond its most famous golf course, it’s time to adjust your aim.

•{  More on the Masters  }•
Want to experience Augusta’s most famous tournament firsthand? Here’s what you need to know.

Start early.
If you don’t already have tickets, it’s too late. The only way to nab them is through a lottery held each summer. Be warned: Buying badges from a third party can result in a permanent spot on the tournament’s dreaded blacklist.

Practice, please.
While the process for getting your hands on practice-round tickets is the same, you have a greater chance of scoring them. Plus, the notoriously strict rules are relaxed just a smidge, so bring your camera—but still leave your cell phone at home.

No tickets? No problem.
Here are some authentic Augusta ways to experience the Masters.

Play. At the history-rich Forest Hills Golf Club, the public can play eighteen holes on the forerunner of Augusta National. Built in 1926, it’s where Bobby Jones teed off during his (still-unmatched) 1930 Grand Slam year.

View. Sidle up to the bar at Somewhere in Augusta and watch the action on dozens of big screens, or tune in to your personal in-booth TV set.

Eat. Wrapped in green paper, the pimento cheese sandwich on white bread is the quintessential snack of the tournament. For a comparable version, swing by Walton Way Deli for one made with medium-sharp cheddar, pimentos, salt, mayo, and garlic.

Stay. The historic, 144-room Partridge Inn is ready for the 2015 tournament following a six-million-dollar renovation. Or stay the way most golfers do: in a private home; many Augustans leave town during the tournament and rent their homes to attendees.

Editor’s note: This article was originally published in our spring/summer 2015 issue. Since being published, two establishments mentioned in the story have closed. Please note that the Cotton Patch and Somewhere in Augusta are no longer in operation.