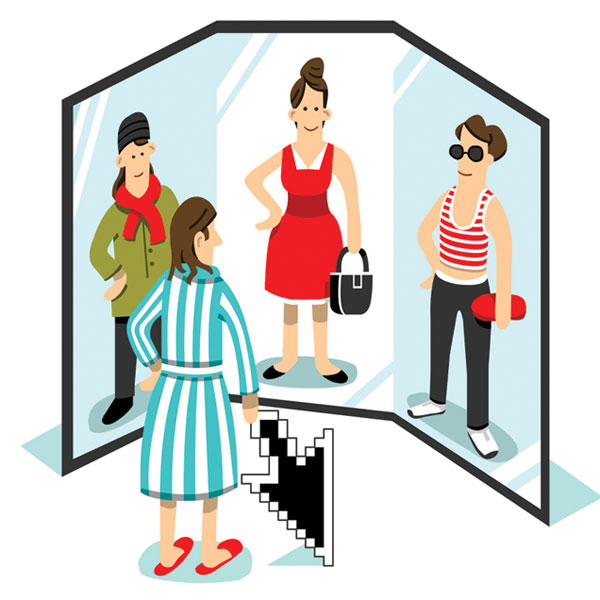 To the list of things computers can do for you, now add “organize your wardrobe.” It’s Cher’s outfit-choosing PC from Clueless in real life—almost. East Cobb denizen Jody Fennell initiated Fashion-Ade in 2008 as a program to help people figure out how to best utilize their clothing cache. The fashionable can upload the contents of their closets piece by piece online, and the algorithm will tell them what looks good with what. “I’m a serial shopper, and I’m accessory-challenged,” says the fifty-year-old founder. “I don’t need to buy another pair of black pants, but I do need to gain inspiration.” Fashion-Ade manages to stay free by letting stores such as Nordstrom advertise alongside the program’s suggested outfits. Does it recommend skinny jeans matched with a white blouse, a sand-colored blazer, and red ballet flats? Burberry’s new hobo would look great with that.
On the user end, it’s a mixed bag that has yet to realize its potential. Since launching in September, the site has seen more than 5,000 visitors. But shortcomings such as limited options when it comes to color (no navy?) and cut (no V-neck sweaters?) hinder its usefulness. However, as early adopter Kyle Young notes, “It’s made me really aware of what I wear and don’t wear.” Beta status aside, the program is a solid way to help spring-clean your closet, and an iPhone app is around the corner. fashion-ade.com
>> Read our intern’s week-long trial of Fashion-Ade
This article originally appeared in our April 2011 issue.
Advertisement