It’s been five years since Kawan Moore, known as Hommeboy, originally released his debut EP, Funkwitme. His unique sound is a blend of electronic, pop, and positive rap, with shades of house and EDM. Next year, he will release his first album, The Era of Good Feelings.

Philosophy
People are ready to embrace the tension between the masculine and feminine. My intention is to help people [accept] the duality that resides in all of us. This comes through in both my work and my personal style.

On ATL
Trap is definitely the soundtrack of the city right now, but when you zoom in, there are independent artists innovating in many different spaces. There are so many eyes on Atlanta right now. I don’t want to be that pop star who runs away to NYC. 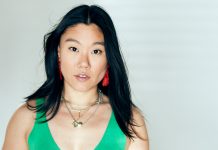 My Style: DJ and filmmaker Mikkoh