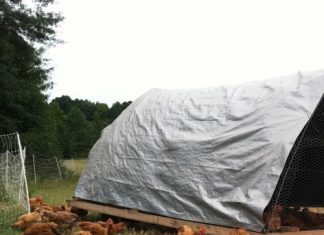 This week, try the chicken your grandma ate

Deborah Geering - June 10, 2013
If you’ve never tasted pastured chicken (and most Americans under the age of 60 have not), this is a good week to change things up a little. In Georgia and New York, it's Pastured Poultry Week.
Read more 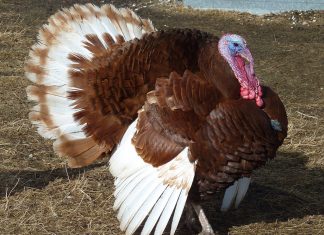 Deborah Geering - February 12, 2013
Remember last November, when you thought it would be cool to buy a pasture-raised turkey for Thanksgiving, but all the farmers you called laughed at you because they had sold out months before? So humiliating.
Read more 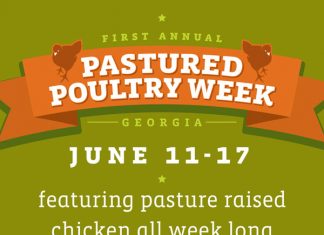 Here’s your chance to try a real chicken

Deborah Geering - June 13, 2012
Georgians for Pastured Poultry—a collective of farmers, chefs, environmentalist and animal rights groups, and concerned individuals launched this year—has named this Pastured Poultry Week. Judging by the rate of participation by popular area chefs, this fledgling organization is demonstrating both its influence and the growing public demand for its namesake product.

Of course, the growing culinary interest in pastured poultry is intertwined with the complex issue of independent poultry processing in this state. Farmers won’t raise free-range birds if people don’t want to buy them. And they won’t be able to meet demand if they don’t have legal, financially feasible ways to process them.

Underpinning it all is the very simple issue of compassion. Pasture-raised chickens taste like real chicken because they are real chicken. They live twice as long (to allow them to grow at their natural rates, on natural food) as factory-farmed birds, in conditions they're designed for—not crammed feather-to-feather with thousands of other birds, indoors, in a perpetually lighted space, standing amid their own feces, for a brief and utterly miserable existence. If market demand (and a few regulatory clarifications) could enable a few independent poultry slaughter facilities to thrive around the state, then the birds’ deaths would be more pleasant too. Currently, most pastured birds raised in Georgia must be trucked live (in cages, after living cage-free) long distances to processing facilities out of state, and then the meat is hauled back to Georgia, frozen. Its stressful to the animals, wasteful of fuel, expensive for farmers, and compromising to the quality of the meat.

So what can the average person do? Easy: Go vegetarian. Or, if you eat meat and care about the quality of the life the animal led, the resources used to raise it, and/or the authenticity of its taste, then you should give pastured poultry a try. As demand grows, and production becomes less complicated, the prices will drop.

Deborah Geering - November 12, 2010
Though most local producers of pastured poultry have long since sold out of holiday birds, a couple of Southern farms are still accepting orders for Thanksgiving. But don't drag your heels. The two growers mentioned below are technically accepting orders into next week, but be warned: Once they sell out, that's it. (It's a little too late to start growing more birds.)
Read more