Sugar, spice, and everything nice. These were the ingredients for Cartoon Network’s stealth hit. The Turner cable channel had launched in 1992 as a home for animated classics. But a series of original shorts, “What a Cartoon!,” launched many of CN’s eventual all-stars—including “The Powerpuff Girls,” which premiered in 1998 to massive ratings and merchandise sales and remains one of CN’s biggest hits. Echoing a 1990s riot grrrl spirit, the kindergarten crime fighters epitomized Girl Power, but pop culture references and hapless villains made them a hit with boys and adults, too. Proof of the show’s staying power: a new iteration of “PPG” will debut in 2016. 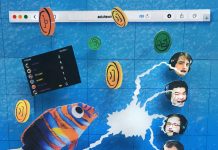 Stream with the Fishes: The beautiful weirdness of Adult Swim’s FishCenter Live 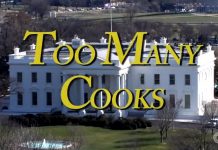 Video of the Day: CNN made a 2016 election themed version of Too Many Cooks