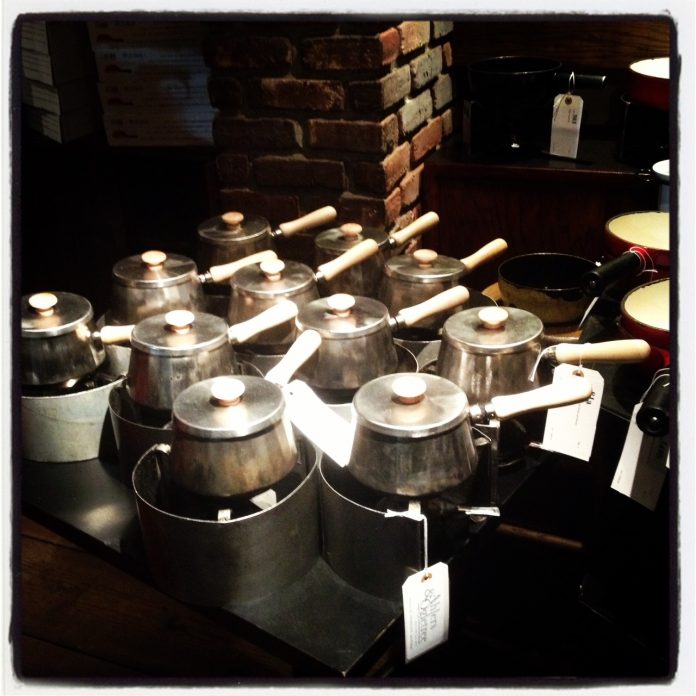 Beginning at 9 this morning, Dante’s Down the Hatch owner Dante Stephensen will auction off 43 years of artifacts from one of the most eclectic array of collectibles to be found outside of a Ripley’s Believe It or Not Museum. From a Madame Tussauds wax figure of Albert Einstein and a 1933 vintage Rolls Royce to cases of martini glasses and a 1970 bottle of Taylor’s Vintage Port, it’s all got to go today. The building at 3380 Peachtree Road has a Halloween appointment with a wrecking ball. As Stephensen greeted old friends at the restaurant’s private auction preview party Friday night, the veteran Atlanta restaurateur was still trying to wrap his head around letting the place and his priceless array of antiques go.

“This place is a work of art,” Stephensen exclaimed to Atlanta magazine. “You can’t take a work of art down. It’s like tearing up an oil painting, for Christ sake! I’m experiencing a lot of emotions right now. I wasn’t able to come up with an ideal spot to move to because I’m simply not happy with the condition of our economy and all the fighting in Washington right now. I’m still trying to figure out what’s next for me. Perhaps it’s teaching. I’m not letting it depress me yet. But I’m going to try and be out of town when the building comes down.”

As the John Robertson Trio played one last gig on board the ancient schooner, guests noshed on catered fondue (the restaurant’s pots were all scrubbed and sporting Ahlers & Ogletree Auction Gallery tags — opening bid $50) and were waited on by their old green stripe shirted servers Trey, Nick, David and Hunter, who all returned for one final shift at the old melted cheese emporium.

Veteran Dante’s customer Mary Holewinski was there too, introducing her son, Jacob Kevinsson to the various booths significant in her life. “I had my first date with my husband in the Charleston booth in 1991 and he proposed to me in that same booth,” she reflected. “We spent our first anniversary in the Savannah booth when Dante accidentally gave the top of our wedding cake to the wrong table! Dinner was free that night. Our daughter Miranda got engaged here and had her wedding reception upstairs. My husband passed away a few years ago and so I brought our sons here this summer and we sat in the Jeckyll Island booth to say our goodbyes.”
Holewinski was eyeing the bid sheet for the antique three-panel glass ceiling upstairs.

The building’s iconic sign, still in the ground out front on the Peachtree Road lawn, is also for sale, the 16-foot mahogany English pub bar (the “well-used” drink dispensary is valued between $20,000 to $25,000, is being sold as-is and the buyer is responsible for relocating it) and even the 1918 Steinway piano Robertson was tickling one last time is for sale today with an opening bid of $500.

Perhaps the creepiest item in the auction catalog? The Madame Tussauds wax head of Kennedy assassin Lee Harvey Oswald’s expression as Jack Ruby pumped a round of hot lead into him in 1963 (inexplicably, this has already attracted a pair of bids). The coolest item might be the ship’s binnacle and wheel attached to a dolly upstairs (the item routinely served as a photo op in the eatery is auction item Lot 217 and will be part of today’s live auction).

As Atlanta vocalist Rosemary Rainey caressed the crowd with her rendition of The Beatles’ Let It Be near the evening’s conclusion Friday, Jacob Kevinsson gallantly took his mother for one last spin on the dance floor.

“I’ve made plans to take a trip as soon as this auction is over,” Stephensen told me. “I’ve got lots of irons in the fire though and lots of things to do. Right now, it’s just the matter of getting this behind me and trying to be proud of what I’ve accomplished and not becoming too depressed about all this. I’m doing OK so far. But it hasn’t really hit me yet.”

For more information on today’s Dante’s Down the Hatch auction, go to the auction catalog website. 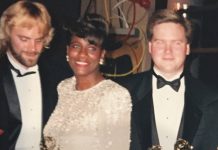 Back in the day: Karyn Greer 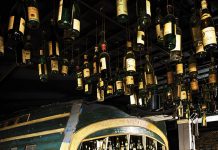 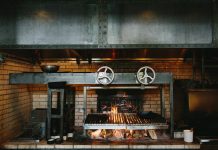