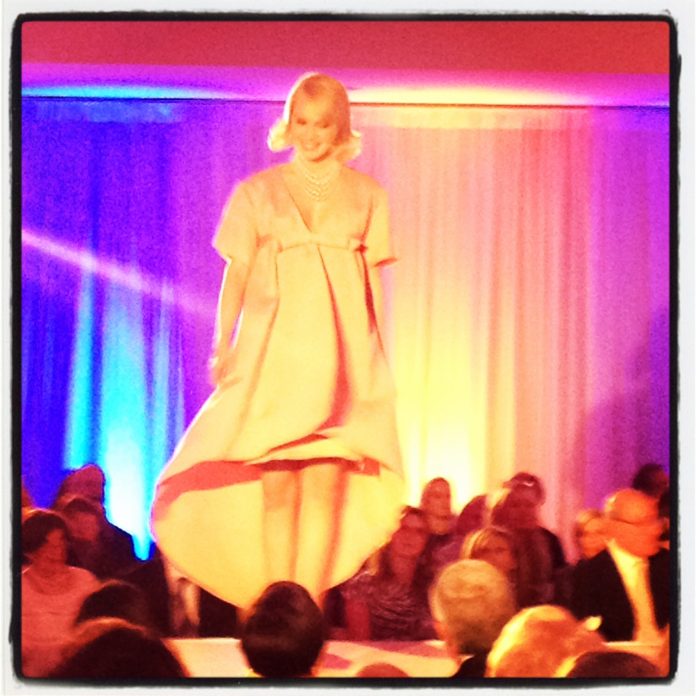 For decades, as the lights dimmed before every Fashionata runway show, Rich’s fashion director Sol Kent would position himself in the wings backstage and whisper to each of his anxious models, “Be Divine!” Kent’s words ended up inspiring “Be Divine: A Tribute to Fashionata,” Thursday night’s sold-out tribute to the city’s long-running Rich’s-hosted style extravaganza at The William Breman Jewish Heritage Museum in Midtown. The evening served as a benefit for the Breman.

Acknowledging the hefty price of admission, Breman executive director Aaron Berger thanked the patrons, saying, “I know tonight was an expensive ticket so I’ll quote Coco Chanel who once told us all, ‘The best things in life are free and the second best are very expensive!’”

Thanks to some audio ingenuity, Kent, who died in 2001, even narrated the vintage fashion show. His whimsical European-influenced clipped cadences greeted former Fashionata patrons and his wife Irene sitting in the front row with: “Welcome to another edition of Fashion As We See It. What is Fashionata? What makes it tick? What makes it click? Honestly, it’s a fashion show. But actually, it’s a lot more than just that, too.”

Fifty years of chic classics designed by the likes of Christian Dior, Oscar de la Renta, Geoffrey Beene, Bill Blass Yves Saint Laurent, Chanel, Halston, Donna Karan and Valentino then proceeded down the catwalk to enthusiastic applause. Forty-seven of the 75 pieces in the show were on loan from Kent’s old friend and Atlanta PR maven Amanda Brown Olmstead, who used attend Paris fashion shows with him. “I’ve collected designer clothing my whole life,” she said. “But this was beyond anything I could possibly express in words. I could barely breathe. Every time one of my pieces would come down the runway, I was pointing! It was grand seeing them on such great display.”

The tribute ended with a parade of Kent’s original Fashionata “mannequins” strutting their stuff on the runway once last time for their old boss. “When Sol Kent’s voice came on and ‘That’s Entertainment’ began playing, I felt like I was backstage again at the Fox Theatre, waiting to go on,” reflected veteran Fashionata model Martha Jo Katz. “It was just the most incredible rush of adrenaline and emotion. Coming out tonight at the end with these other ladies was a chance to relive one of the best times in my life.”

Aida Flamm and Marilyn Krone both served on the benefit show’s host committee. “We didn’t even think about starting the fall season until we went to Fashionata,” Flamm explained. “We even went in 1990 when the anti-fur people were out in front of the Fox Theatre protesting. We didn’t care. Hell, we tore their banners!” Added Krone: “We had front row seats. Nothing was going to stand in our way.”

As attendees said their final goodbyes, Irene Kent stood in the lobby, and with the support of a cane, thanked each old friend for coming. Beaming and clasping my hand, she whispered, “I didn’t want it to end. It was just beautiful. Sol is hovering close by tonight.” 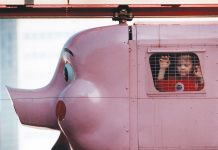