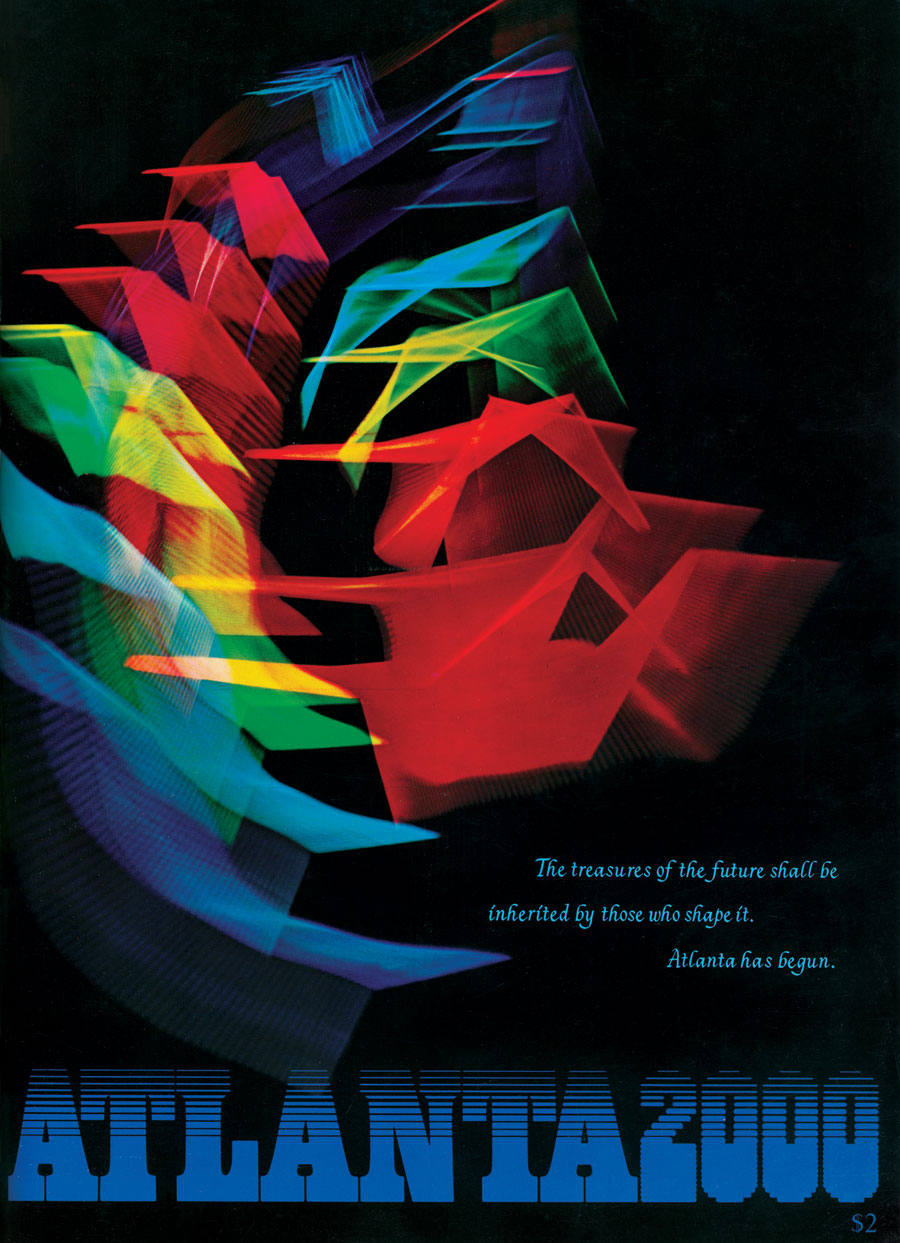 Editor’s note: Nearly five decades ago, Atlanta devoted an entire issue to predicting what life would be like in the year 2000. These were some of our most accurate—and most absurd—guesses.

• We will have, by 2000, a second airport serving the Metro Atlanta area, and possibly a third—the latter perhaps exclusively for cargo. . . . The second airport would be three times the size of Hartsfield International. . . . By the second airport’s completion, the Super Sonic Transport (SST) could be a reality, making London about as many air hours away as Los Angeles is today.

• State Representative Gerald Horton predicts a major jump forward for the city after it experiences its first Black mayor. “We will be a lot better off then. The Blacks will find out there is very little difference in a Black mayor and a white mayor. And the whites will find out the same thing,” he said.

• By 2000, high-speed MARTA lines radiating from the center city could enlarge the Atlanta community to include many North Georgia historic cities and new satellite towns.

• Between now and 2000, the outward migration will have drastically slowed, and a new wave of the affluent population will look back to central Atlanta for the good life.

• Garments, food, and other supplies may be ordered through phonovision and delivered through pneumatic tubes to storage receptacles in each household. 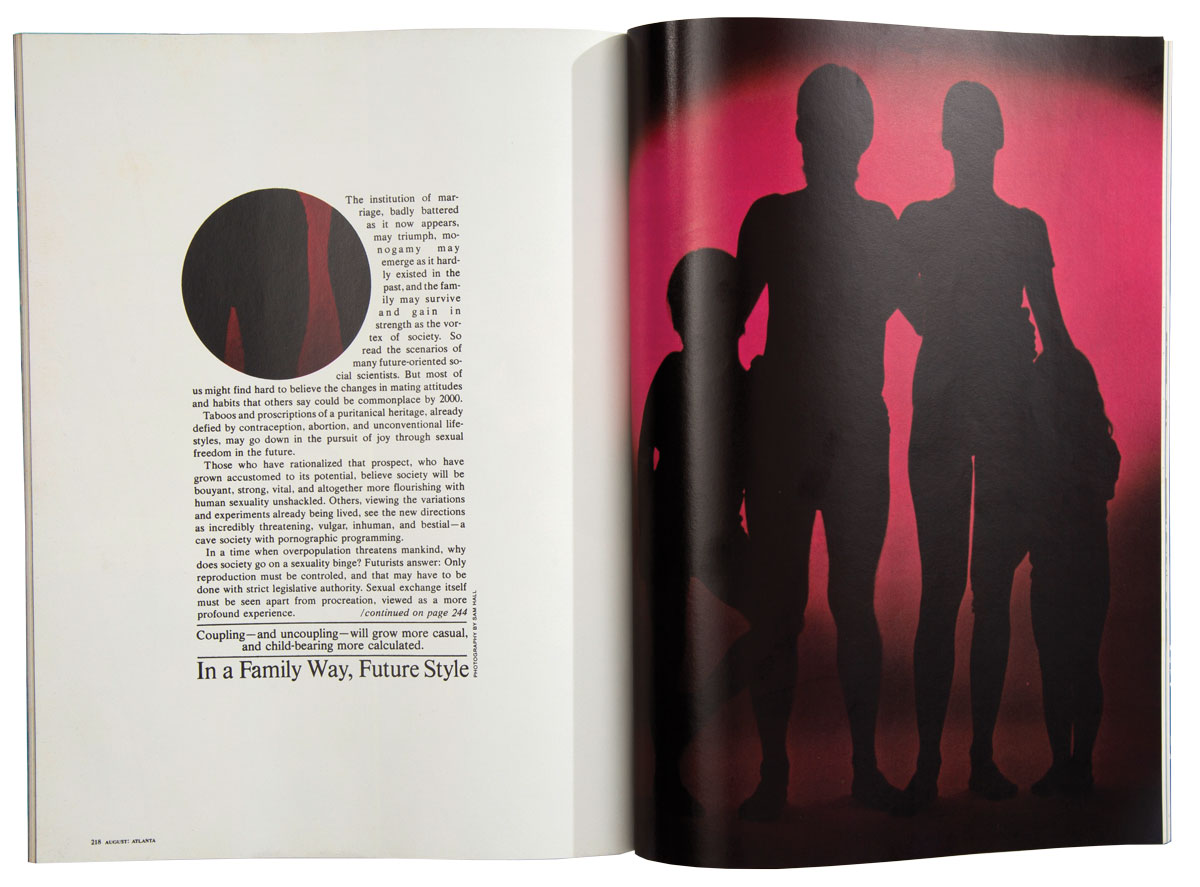 • The average work week will be down to 30 hours or perhaps less.

• Downtown will be filled mostly with high-income dwellers, principally because of land costs.

• More downtown housing will be high-rise; because of that, it probably will be populated largely with single persons, childless couples, and older couples whose children are grown.

• Opinion-manipulation through centralized control of channels for disseminating news

• The computer will come into our homes as well as our offices and be accepted almost as casually as the telephone or the TV set today.

• Couples may stay together forever, childless, unmarried. They may intersperse their association with other sexual dalliances, returning to each other when these have ended.

• The next major cycle in Atlanta’s housing evolution will be downtown high-rises similar to those on New York’s Upper East Side. Many will grow up along rapid transit routes, and total environment developments such as Colony Square will proliferate. 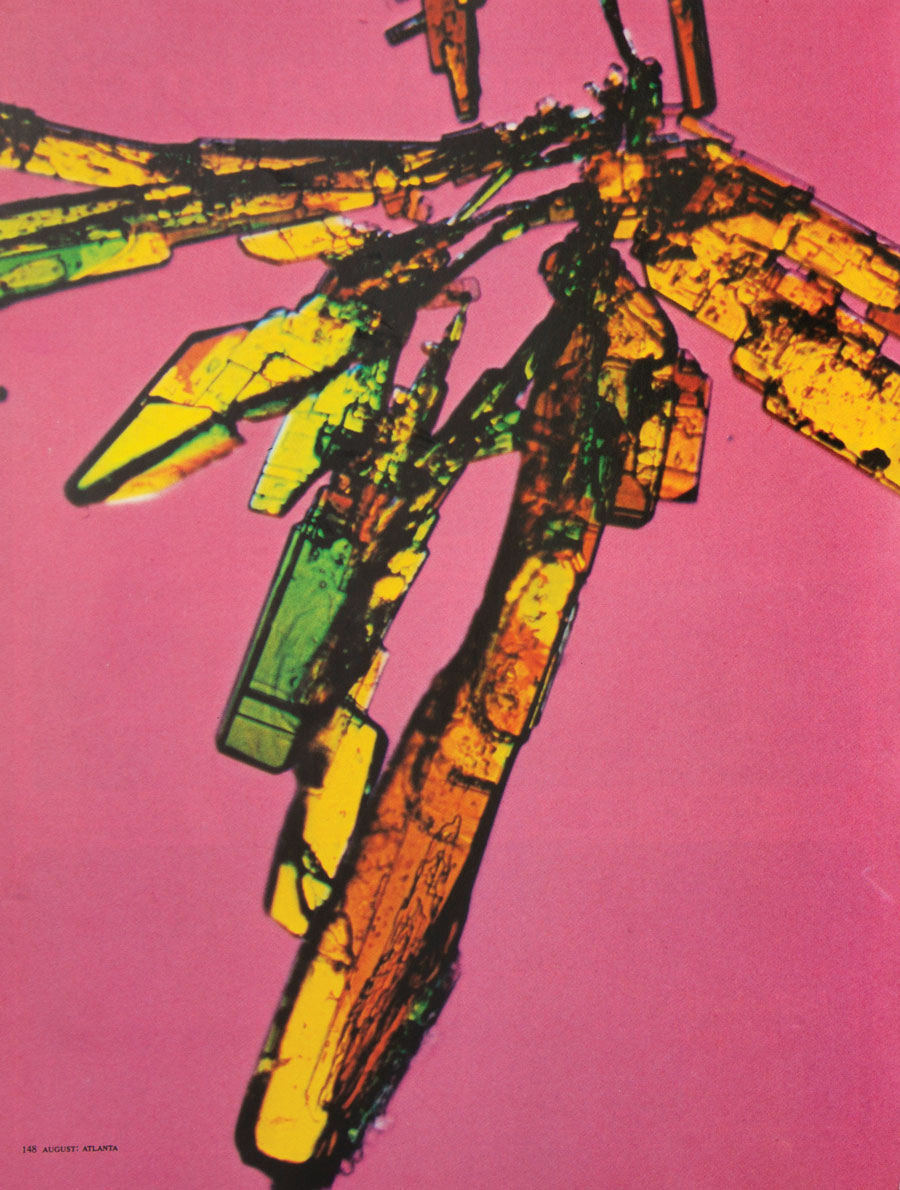 • Manipulation of the genetic code will make possible the development of made-to-order beings: 10-fingers-per-hand typists; nine-foot-tall basketball players; legless astronauts; people with eyes in the back as well as the front of their heads.

• Homosexual and lesbian relationships, openly engaged in, may incur no social disapproval. Group sex may be prevalent.

• The gap between the upper and lower strata of the economy could widen.

• A man may have five, six, or more careers, marriages, and/or family arrangements in a lifetime.

• Most adult women will be employed, and they will have achieved more peer status at work as well as in the home.

• Rich’s President Joel Goldberg asserts flatly that the downtown Rich’s will be there in the year 2000.

More from our 60th Anniversary

These predictions originally appeared in our August 1973 issue and were reprinted in our January 2021 issue.