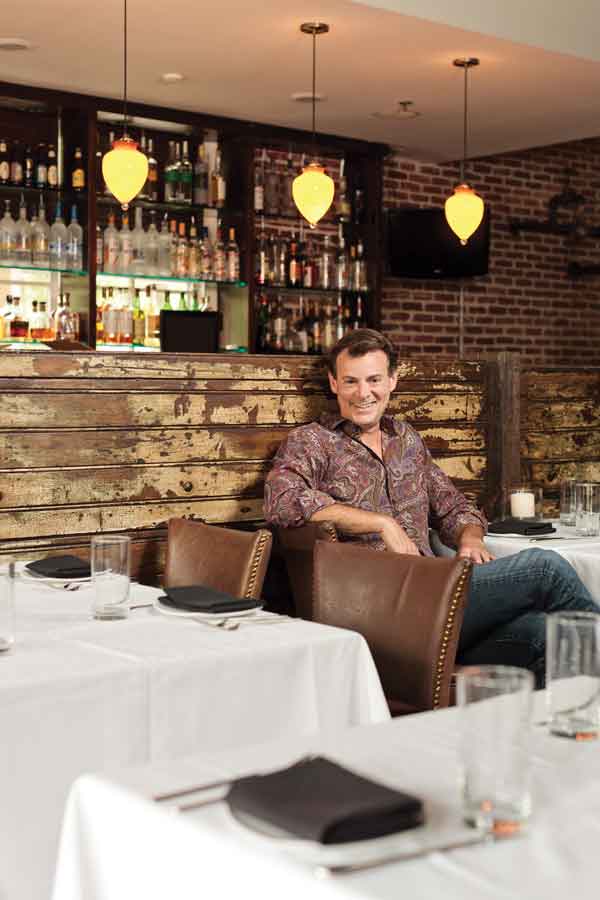 After almost eight years in business, Michel Arnette’s Brookhaven restaurant Haven is at the top of its game—a smooth hangout for an affluent clientele who enjoy a Buckhead-level experience without the party-mentality aggravation. Haven’s habitat, in a pioneering multiuse development with upmarket townhomes and attractive shops that still feel like a microcosm of the good life, turned out to be an excellent business decision for Arnette. The young Buckhead Life Group veteran (Pricci, Veni Vidi Vici, and Buckhead Diner) is always on Haven’s floor, sporting flashy fitted shirts and sincere smiles.
The lofty decor hasn’t aged a bit, with the same faucet sconces dripping blobs of light over a flossy dining room with a floor-to-ceiling wine library and an open kitchen. Many key members of the staff have been there since the beginning, including executive chef Stephen Herman, who was promoted after his more heavy-handed superior left.
If you’re on a budget or on one of the blind dates for which Haven is a popular choice, plunk yourself at the bar and order the truffled hay, an unconscionably large pile of thin potato shreds that can last an hour without losing its crispness. At $5 and probably a zillion calories, the dish is the one great bargain on a menu where items such as scallops with English-pea-and-ham whipped potatoes or a special of veal hanger steak run from $22 to $33.
A bowl of Blue Hill Bay mussels steamed with smoked tomato and chipotle is served with grilled sourdough bread from H&F Bread Co. Sea Island peas, Anson Mills rice grits, Jonah crab cakes with she-crab soup, and bacon-wrapped North Georgia trout give a regional flair to the menu. But if you want to diversify, you can also order pasta from Valenza, Arnette’s Italian concept next door. Haven’s operations manager Guido Piccini has shared recipes with the kitchen, which is in equally capable hands. 1441 Dresden Drive, 404-969-0700, havenrestaurant.com
Photograph by Wes Sumner
Christiane Lauterbach is our restaurant columnist.
Learn more about her | Contact her
Advertisement