The Byrd’s Box finds a permanent home in Sweet Auburn 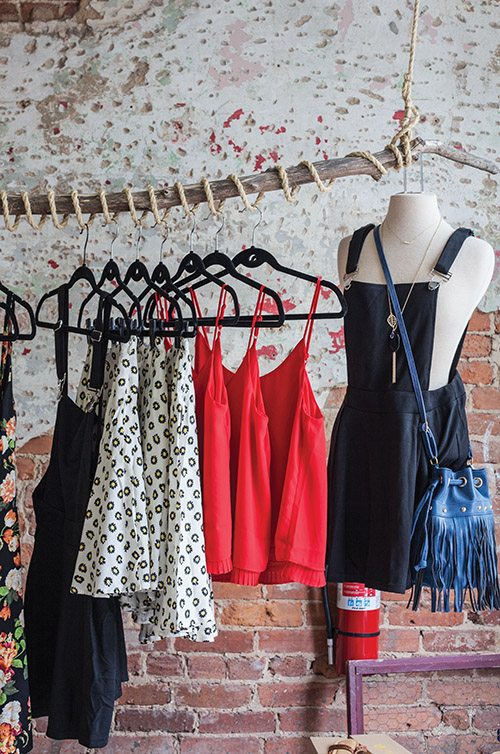 This “art house boutique,” which began as a pop-up along the Atlanta Streetcar route last summer, has nested permanently on Auburn Avenue. Inside you’ll find unique and affordable clothing and gifts from local makers such as Yo Soy Candle, Revive Bath & Body, and Stephanie’s Paper Shop. Byrd was the nickname of owner A.C. Smallwood’s mother, a jewelry artist with a passion for the handmade, and when she passed away in 2013, Smallwood carried out her mother’s dream of opening a local shop. “We love being a part of this neighborhood and getting to experience the revitalization of the Sweet Auburn District firsthand,” Smallwood says. “Every day we meet people who are impressed to see once empty and abandoned spaces being filled with local and independently owned businesses.” 171 Auburn Avenue, thebyrdsbox.com


This article originally appeared in our June 2015 issue as part of “Scout About Town.” 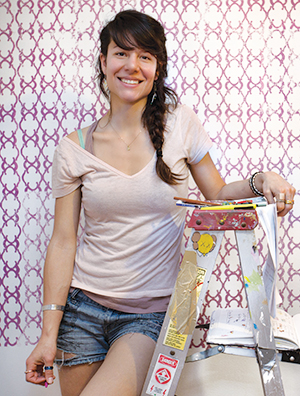 Many creative types know that the “starving artist” cliche exists for a reason; this is not an easy way to make a living. But twenty-seven-year-old Jessica Caldas is defying the stereotype and recently was able to leave her day job at the Atlanta Volunteer Lawyers Foundation to focus on her art career full time.

Caldas, who graduated from the University of Georgia in 2012 with a BFA in printmaking, snagged the 2014 Emerging Artist Award in visual arts from the Atlanta Office of Cultural Affairs, and she is staying busy with several current and upcoming projects, including a Walthall Fellowship presented by the WonderRoot community arts organization.

Born in Jacksonville, Florida, Caldas grew up in Atlanta after moving here at the age of two. Surrounded by a family full of creative people, she says that art always seemed like a natural—and attainable—career path. Her work deals primarily with social justice and issues like domestic violence, which disproportionately affects females. “After studying at UGA, I was very interested in various types of human relationships and how they work,” she says. She began pursuing personal stories about domestic violence to help herself and others understand it. “It’s easier for people to connect to an issue through the lens of a personal narrative,” she says.

Caldas draws on her own narrative, too. Candid about her struggles with alcoholism, she created the piece “Back on My Feet,” inspired by her experience with the nonprofit of that name, which uses running to help homeless people gain self-sufficiency. “When you’re running together, you don’t know who’s who, who is homeless or not,” she says. “The truth is, I have a lot of the same problems as them. Some of the participants struggle with addiction, and I’m an alcoholic who has been sober for over a year. The only thing that makes it different is that I had access to resources like support groups and family support.”

What led you to a career in art?
As long as I can remember, I was one of those kids who was always drawing. I would draw a lot for friends—not just doodles, but actual portraits—and at some point I started to gather that maybe I was better at this drawing thing than other people are. I also come from a very creative family: My dad, brother, and sister draw too, my mom is very crafty, and my grandfather is a painter. I was always surrounded by creativity, so I always knew that I wanted to be—and could be—an artist, in addition to anything else I might choose to do.

What’s it like to be a full-time artist now?
One of the best parts of going full-time is that now I have time and space to explore in ways I didn’t before. I go to the studio a lot more, but it’s not just that: I have time to do more research for projects, and I have the freedom to meet other artists and people in the community, to sit down and have a cup of coffee. My artistic presence isn’t just about sitting in the studio doing art. It’s very important for me to be involved in the community too. I’m very serious about the commitment. If I’m not involved in a particular community, then I probably shouldn’t be making art about it.

What is an example of one of your projects in which community played a large role?
I did a project for Elevate in 2012 called the Back on My Feet project, centered around the nonprofit of the same name, which uses running as a catalyst for transient populations. Residents from three different homeless shelters go running three times a week at 5:30 a.m., and it’s one of the coolest things I’ve ever done. When you’re running together, you don’t know who’s who, who is homeless or not. The truth is I have a lot of the same problems as them. Some of the participants struggle with addiction, and I’m an alcoholic who has been sober for over a year. The only thing that makes it different is that I had access to resources like support groups and family support. Through that program, I met a guy participant named Avien who wrote poetry for the project, and we’re talking about collaborating again.

What are your thoughts about Atlanta’s art scene?
I still feel like such a baby sometimes in the Atlanta art scene, but everyone is really nice and supportive. Lots of organizations and people are trying to help each other out, even though some of us are competing against each other. The city does a great job, but for what Atlanta lacks in funding, there are a lot of organizations and foundations trying to make up for it. I don’t know what it’s like to be an artist in another city, so I can only speak from my experience, but it’s easy to be an artist in Atlanta—I can afford to live here and still make art. I feel like I can accomplish what I want here and don’t feel the need to move to New York to make things happen, and it’s even better because of the lower cost of living. There are a lot of young organizations in Atlanta that are really reaching far, making waves nationally and internationally, which is cool to see. Atlanta has clout, and we should take ourselves seriously.

A version of this story originally appeared in our May 2014 issue.

Though he never did get Bettie Page to budge from her insistence on remaining off camera in his feature documentary about her life, Mark Mori is still the only filmmaker to have captured the intensely private Page’s life story on film—straight from her mouth, no less. The GSU film school grad told us about making Bettie Page Reveals All, and revealed a surprising shift among Page’s fan base.

What sparked your interest in making this film, and how did you land such an exclusive opportunity?
I was having lunch with my good friend and entertainment attorney, Bob Darwell, who was also representing Page. He showed me a pre-publication copy of the book Bettie Page: The Life of a Pin-up Legend—the “clean” version of Page’s life story. I hadn’t known who she was, but her image was so special I immediately recognized she had a strong resonance. I got the idea for the movie right then, and became more interested the more I dug into her story. Darwell introduced me to Bettie and I took her to lunch.

Why was it important to have Bettie narrate?
There are a lot of bits and pieces of information about her, but her story hasn’t been told fully and directly by her before. It’s mostly been told by other people, and often not in a cohesive way. Plus, her voice is the key to the whole film—even her voice is entertaining.

What was most surprising for you in making the film?
When Bettie talked about her 10 years in Patton State (psychiatric) Hospital—she had never talked about that publicly before.

What were the biggest challenges you encountered?
One was not being able to show her on camera. The other was assembling a person’s entire life story into a coherent structure in one film—especially someone who lived 85 years and had such an amazing life.

What has been most rewarding to you?
The emotional response I see this film having on certain young women—they feel so connected to Bettie, and this film has real meaning for their lives. Bettie’s fan base has flipped over the years from mostly men to mostly women.

What’s your next project?
A James Brown documentary is in development. His life story and contributions to music are publicly known, but this will be the unknown, behinds-the-scene story from a couple of insiders that worked closely with him throughout his career.

Bettie Page Reveals All will play at the Plaza Theatre from Dec. 25 to Jan. 3. 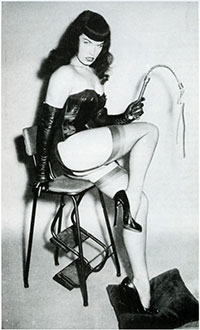 What ever happened to Bettie Page?

After just seven years as a pinup star, Page ducked out of public view and was elusive for half a century. The mystery is solved—somewhat—in Bettie Page Reveals All, a feature documentary narrated by the Queen of Pinups herself and directed by Mark Mori, a Georgia State alum and an Academy Award nominee for 1991’s Building Bombs, which he made shortly after graduating.

Page, one of the first Playboy Playmates, retired in the late 1950s, weary after personal disappointments and a brush with a Senate committee that accused her of contributing to moral indecency. But her appeal endures: Forbes named her one of the top-earning deceased celebrities, tied with Albert Einstein at number eight in 2013.

Mori is the only person to get Page’s authorized life story on film. In it, the then-elderly Page (she died in 2008) discusses her abusive, poverty-stricken childhood; her decades-long obscurity; her religious conversion; and a struggle with paranoid schizophrenia—including a ten-year sentence to a mental hospital after she pleaded not guilty by reason of insanity to attempted murder following a 1982 fight with her landlord. The narration is accompanied by gorgeous photos, video clips, and historic visuals, as well as interviews with celebrities, fans, and various Page exes—among them Hugh Hefner. The film, which played the festival circuit in 2013, is scheduled for wide release early this year.

Page at the Plaza
Bettie Page Reveals All, scheduled to open in Atlanta Christmas Day, will play at the Plaza Theatre through January 3.