On weekend nights, East Atlanta might resemble a Pinterest board for the trendy more than an authentic hipster dig. But at the core of the feather, tattoos, and tight-pants parade, the East Atlanta Restaurant and Lounge (EARL), now in its 15th year, still maintains its cool-kids cred. Its intimate, electric space regularly attracts gifted local acts as well as those lighting up KEXP or All Songs Considered. It’s the perfect spot, in other words, to pay cheap to see the likes of Ty Segall, Sylvan Esso, Angel Olsen, or Dum Dum Girls . . . and get close enough to take a great photo on your phone. 488 Flat Shoals Avenue, badearl.com 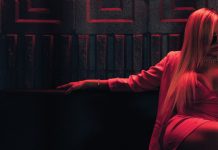 Fetishes. Mansion parties. Every day (and night) is different for an Atlanta escort.